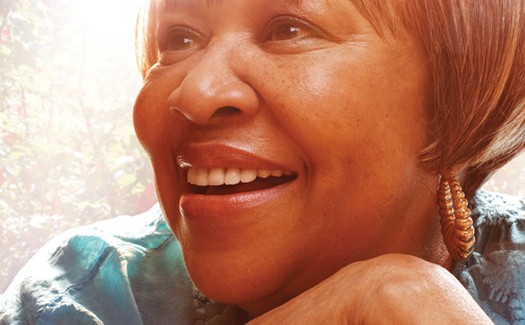 Rock and Roll Hall of Famer and soul/gospel legend Mavis Staples delivers more wall-to-wall joy on her triumphant new Anti- album, ‘You Are Not Alone’ (September 13), than any other release you’re likely to hear this year.

Produced by fellow Chicagoan Jeff Tweedy at Wilco’s studio The Loft, the intimate and textured production showcases the iconic singer at her most powerful and fervent. ‘You Are Not Alone’ mixes traditional gospel numbers with two new songs written for Mavis by Tweedy, plus her unique interpretations of songs by Pops Staples, Randy Newman, Allen Toussaint, John Fogerty, Rev. Gary Davis and Little Milton.

‘You Are Not Alone’ is Mavis’s second studio release for Anti. It follows her 2007 critical triumph, “We’ll Never Turn Back,” produced by Ry Cooder, which revisited the great songs of the civil rights era and prompted her hometown paper The Chicago Sun-Times to hail her as “an American treasure.” In 2008, Anti- issued a rapturously received live album, ‘Live: Hope at the Hideout,’ which was named one of the Best Live CDs of All Time by Amazon.com’s editors and earned Mavis her first Grammy-nomination as a solo artist.

Mavis Staples is enjoying a major career resurgence, having become a festival favorite in recent years. This summer she will play Lollapalooza on August 6, and the Wilco-curated Solid Sound Festival at Mass MoCa on August 14 with additional US and European tour dates to be announced soon.

Track listing for Mavis Staples, ‘You Are Not Alone’