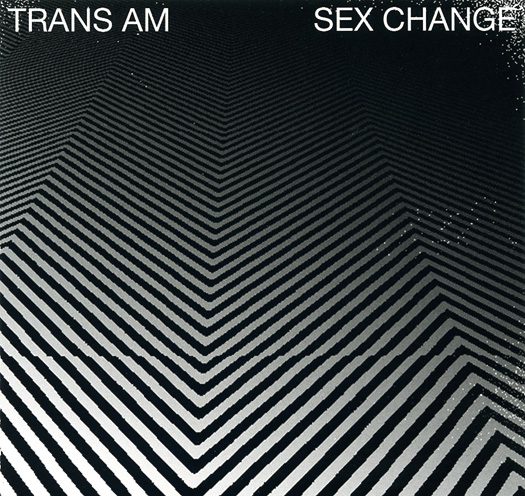 Formed in 1993, Trans Am remains the trio of Nathan Means (bass, keyboards, vocals), Phil Manley (guitar, keyboards, bass, vocals) and Sebastian Thompson (drums, vocals, bass, guitar, programming). Over the course of six albums and three eps, Trans Am have pleased and confounded critics with their ever-changing music style. From their most Deutsch-influenced self-titled debut toFutureworld, their 80’s inspired super-synth pop tunes (about 2 years before it was cool) to the raw rock of Red Line, their musical style has always varied. Touring for at least six months of every year, Trans Am are a consistent draw throughout the world. While their music style may be ever changing, the force of their live performance is always undeniable. They have received huge support from the skateboarding community having provided music for nearly ten skateboard films as well as exclusive tracks for many magazines. The band has been selling 30-50,000 records per release for eight years making them a force in underground music.

Liberation is the first album on which politics have crept into their music. Their position is unambiguous. Recorded in summer and fall of 2003 at National Recording Studio, built by the band in 1998, Liberation reflects and contains sounds of the tension coursing through the city. The hum of the swirling helicopters, the din of police sirens, and culture of fear have become omnipresent in Washington DC. It was in this environment that Trans Am finished their seventh album. Recorded live with the window of the studio open, the police car driving past their city studio was caught on tape. Today, on a normal commute through DC, one is likely to encounter a Humvee on the side of the road- not a workout guru’s Hummer, but the real thing with mounted machine guns, surrounded by desert camouflage. New York’s skyline is the most radically altered in the past three years, but life in Washington is palpably different.

Musically Liberation is classic Trans Am. Styles shift from track to track, culling from a vocabulary familiar to fans of Futureworld, TA, Red Line, Surveillance, and Surrender to the Night. Trans Am’s most direct political statement comes in the sound collage culled by radio and television sound bites. However, the instrumental tracks are dark with a tension that captures our current state of affairs. Like nearly all their albums, Liberation was engineered and mixed by the band. Production assistance was provided by Jonathan Kreinik (who often mixes them live), Paul Manley and Nikhil Randade.

Trans Am’s worldwide touring begins this spring. Until that time the band will be busy with their own individual film projects: Nathan Means will be filming in New Zealand, Sebastian will be documenting DC, and the team of Phil Manley and cover designer Alison Childs will be filming their travels through North America. This documentation will be used in their live show, as well as resources for their web site and to increase awareness of the changes under the current administration. When in San Francisco, Phil will be recording with Tim Green (Fucking Champs) at Louder Studios. (Projects include an upcoming record by Fucking Am.) Sebastian will be working on a cooking program for cable access TV called The Vegan Drummer.