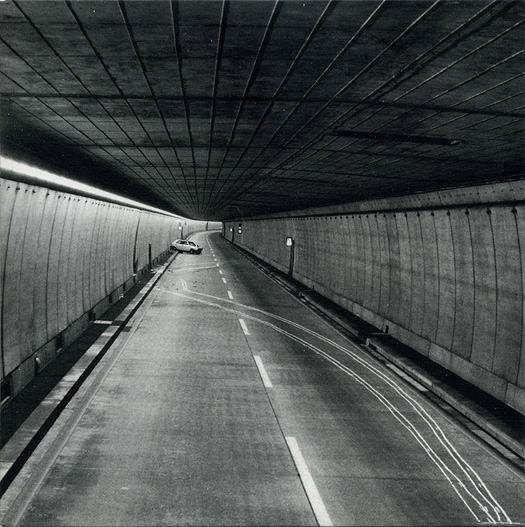 After 12 years of expanding the definition of rock music, Tortoise will release a highly anticipated box set. A Lazarus Taxon is the paleontological term for a species that disappears, then reappears in the fossil record; its namesake is this collection including rare singles from foreign releases and tour EPs, compilation tracks, previously unreleased material and the out-of-print 1995 album Rhythms, Resolutions & Clusters. The set contains three CDs and one DVD, which features most of Tortoise’s music videos and extensive and rare live performance footage.

Shortly following Tortoise’s 1994 self-titled debut, the band asked some friends to remix several tracks, resulting in RR&C, a 30-minute continuous disc. The packaging was made and assembled by hand and the limited pressing sold out in the first year of release. At the time, remixes were the tool of the DJ and found most commonly in the dance-music world. RR&C and the 12” series that followed– some of which you will find in the set – set off a wave of remixes and remix albums in the rock community. A remix intended for this collection by Mike Watt makes its debut in A Lazarus Taxon.

The photography that appears in the album artwork is the work of Arnold Odermatt, a retired Swiss police officer-turned artist. Assigned to document auto accidents and police training, Odermatt’s photos were far more than documents. He often photographed the accident scenes again after all the officers had left and the clutter had been cleared. His photos were uncovered by the Springer and Winkler Gallery, which had Odermatt reprint them in limited editions. The photographs were an instant sensation and garnered Odermatt wide acclaim. Several books have since been published of his work. He has had solo shows at The Museum of Contemporary Art in New York and The Art Institute of Chicago. The Springer and Winkler Gallery and Odermatt graciously allowed

Tortoise to use photos that they had selected for this package.

What’s been said about Tortoise:

“Tortoise, the instigator of an underground-style shortsightedly labeled post-rock and now accepted as the friendlier end of the avant-garde, makes instrumental music based on precise rhythms that register more in the head than in the hips. This isn’t meant to underestimate the band’s attempt to engage the body… in aiming for something other than the gut, Tortoise devises a new context in which to appreciate pop’s pleasures.”

“The concert-hall influence may be more Steve Reich than Stravinsky and the space exploration more about dub than Moog solos, but they made pretentiousness cool again. Plus, they solved prog’s old bugaboo of dumb lyrics.” –Spin’s Top 10 Essential Rock Albums (about Tortoise’s Millions Now Living Will Never Die)

“That sense of grounding – which never solidifies into rhythmic cliches – allows Tortoise to explore abstraction without seeming bloodless. To be smart and original, playful and provocative – those are the standards Tortoise really aspire to, and that they achieve here as ingeniously as ever. – Rolling Stone

“With its sometimes glacial epics, layered rhythms, narcotic hooks, bouts of atonality and almost total lack of vocals, Tortoise has always sounded exactly as its name would suggest – a slow-moving, amphibious creature that shows its head only when necessary and seems happiest underwater, safe from the predatory beasts of the corporate music industry. For its fourth album, Standards, however, Tortoise actually comes out of its shell and pokes around on land, and the result is by far its grooviest, most endearing work.” – W Magazine

Mood music for post-post-moderns, both forward- and backward-looking.” –Entertainment Weekly

“The musicians’ clever arrangements and seemingly uncanny sensibilities elevate this recording to lofty heights as they also meld sweet-tempered, kaleidoscopic overtures with the finer attributes of progressive rock and electronica.” –Downbeat

“Complex ideas and themes flit by – from gamelan vibes, to bobbling, bottom-end electrophunk, to needle-precise guitar – so quickly and smoothly the overwhelming impression is of a band in constant motion.” – Uncut

“This band swims the murky gulf between jazz and rock in search of fresh riffs. Entirely instrumental, the songs start with simple melodies that slowly make their way to climaxes full of overlapping rhythms that alternative between funky and mechanical.” – Time

“Rather than leave rock music for dead, Tortoise have re-injected it with its original sense of vast potential– they were quick to realize that the advent of ultra-sophisticated music technology needn’t spell its end, and the adapting new working strategies could in fact only bolster its freakout tradition. Alongside Sonic Youth, they’ve pointed up the spiritual affinities inherent in all high energy music, taking on board everything from minimalist composition and musique concrete through dub, avant electronics, and HipHop.” – The Wire UK