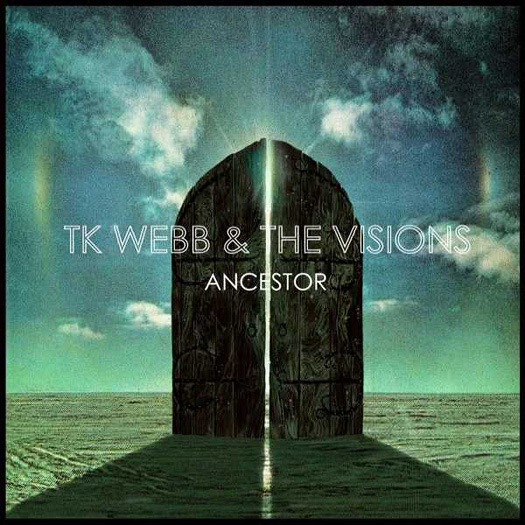 Ancestor speaks of modern day paranoia, love, and a host of other human emotions many of us face in our day-to-day, making for not only an amazingly heavy, but also a sincerely beautiful recording.

TK Webb (Thomas Kelly) was born and raised in Kansas City, Missouri. In 1999, TK made the decision to relocate to Brooklyn, NY, where he built a loyal following through his live performances, which ranged from blues-soaked acoustic shows to spaced out, feedback jams.  Following the release of TK Webb’s second solo LP,Phantom Parade (Social Registry, 2006), dubbed by Rolling Stone Magazine as a four-star, “oddly gripping” effort, it was evident that Webb’s songwriting was beginning to outgrow the sound that had peppered his solo efforts.  The new songs that would go on to comprise the Ancestor record referenced the rock music that Webb had grown up on.  This sparked his decision to form The Visions in the summer of 2007.

« It felt like gravity pulling the sound towards being bigger. From solo acoustic to a trio to a four- piece electric group. I found myself surrounded by bland half-baked folk acts and wanted out. This project feels right. It feels like a band should. » – TK Webb

“Jack White may wear a “blind willie mctell” t-shirt but his more obvious musical influences are the stones and led zeppelin. webb, on the other hand, is the kind of act jimmy and mick would take a limo up to harlem to catch at a small club.” –NY Press