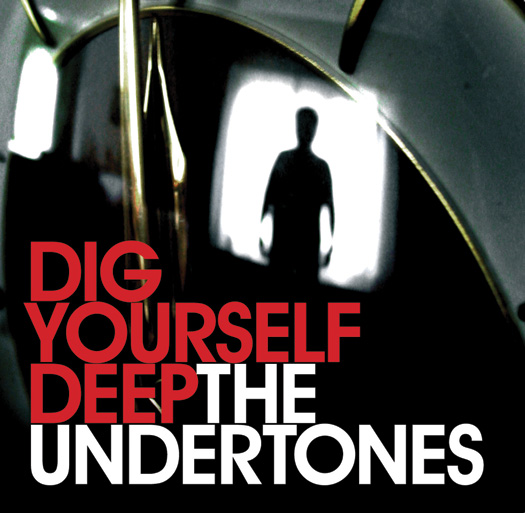 Monday 15th October sees the release of Dig Yourself Deep, the new album from The Undertones, a band who know the value of a great melody in a punk song.

Following on from their acclaimed 2003 album, “Get What You Need”, Dig Yourself Deep is filled with riff-heavy pop-punk gems, and packs 14 songs into just under 33 minutes.    From the infectious hooks of the title track, to the raucous “So Close” and the taut and feisty “She’s So Sweet”, the album rolls back the years, whilst moving forward to the present.

“The Undertones have never had a career plan – but around the start of 2006, it occurred to us that maybe it would be good to make another record,” explains Michael Bradley.  “Somebody mentioned that we should immediately start writing more songs and record a follow up within a year, but we never got around to it.  If you rush these things, sometimes you can regret what gets recorded … Over the year John wrote most of the songs that appear on the record, while I came up with four and also added words to Damian’s We All Talked About You.  When we went into Blast Furnace Studio in Derry we knew that we wanted it to be more guitar based than Get What You Need and that the songs would be concise.”

The album, which is available on CD and as a digital download, was engineered by Mik O’Connell.