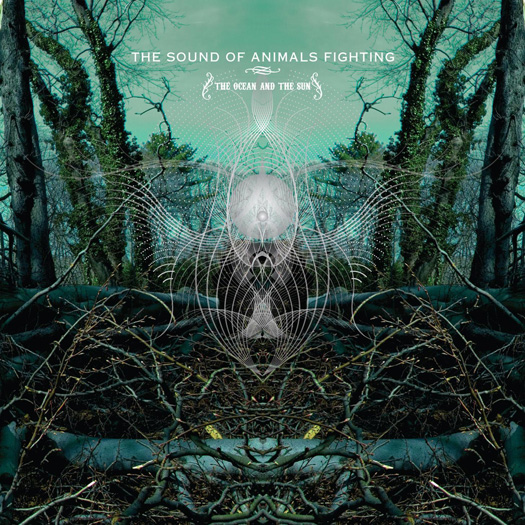 A musician collective with a roster sprawling across the country, The Sound of Animals Fighting have staked out a corner of the modern music landscape with their distinct style, shifting pool of guest artists and unique production methods.

Founded by a core group of artists, the band—starting with 2005’s Tiger and the Duke—reaches out across barriers of genre and medium to up-and-coming and established musicians alike to help build each hand-crafted album. The Sound of Animals Fighting, just like the music it seeks to create, bends, melds, shifts and sways. Their anonymity— the animal names, the masks—isn’t about dodging recognition, rather, it’s there to help the listener focus on the experience of the music and its creation instead of the personalities behind it.

They return with their visionary, highly conceptual third collaboration: The Ocean and the Sun. A tinkering, rewiring and experimentation with modern and traditional music forms, the endlessly inventive album tacks toward a ghostly, natural energy in both its organic production (this is the third piecemeal assembly of the Lynx, the Walrus, the Skunk, and the Nightingale) and its subject: the raw vastness of nature, the Sun, the ocean, and how we fail to recognize its power and mystery. Both a mash-up of decades of musical influences and a visceral, fine-tuned mosaic, The Ocean and the Sun further galvanizes the band’s role in the creation and rethinking of what music will and should be.
www.myspace.com/thesoundofanimalsfighting
www.thesoundofanimalsfighting.com