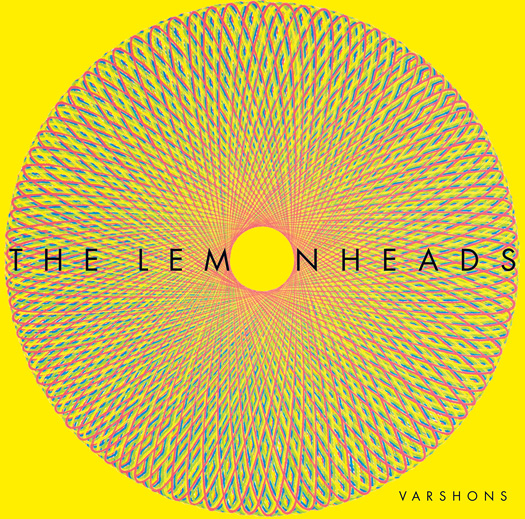 THE LEMONHEADS, who have entered into a licensing agreement with Cooking Vinyl, have announced they will be releasing their long-awaited covers collection, VARSHONS, through the label on Monday 15th June 2009.

It makes sense that the new album from The Lemonheads sounds like a mix tape slipped to you by a music-obsessed friend anxious to turn you on to something new. In fact, the idea for the band’s new covers record was inspired by Gibby Haynes, ringmaster of the Butthole Surfers, who for years has made mixes for his longtime friend Evan Dando. “Making a good mix is an art, and Gibby has it down,” says Dando. “I thought it would be fun to share these songs with other people like he shared them with me. So I picked the ‘greatest hits’ from his mixes and covered them, along with a few other songs I always wanted to play.”

VARSHONS was produced by Haynes and features Dando along with Vess Ruhtenburg (bass) and Devon Ashley (drums). The collection is filled with strange bedfellows – from G.G. Allin to Texas troubadour Townes Van Zandt and garage rockers The Green Fuz. The Lemonheads make each track their own, with help from actress Liv Tyler, singing back up on Leonard Cohen’s “Hey, That’s No Way To Say Goodbye,” and Kate Moss, who sings over the dance groove of Arling & Cameron’s “Dirty Robot,” which also features lead guitar by John Perry on loan from The Only Ones.

VARSHONS unearths a pair of psychedelic treasures with “Yesterlove” – a song recorded in 1969 by the group Sam Gopal featuring future Motorhead bassist Lemmy Kilmister – and “Dandelion Seeds” from July, record collector’s Registered Landmark Band. For “Layin’ Up With Linda,” the band filters Allin’s cold-blooded tale through the swaggering country-honk of The Stones’ “Dead Flowers.”

Filled with obscure nuggets, the tracks on VARSHONS cut a wide swath, jumping from early British psychedelic to Dutch electronica and like all good mix tapes, you never know what is coming next.