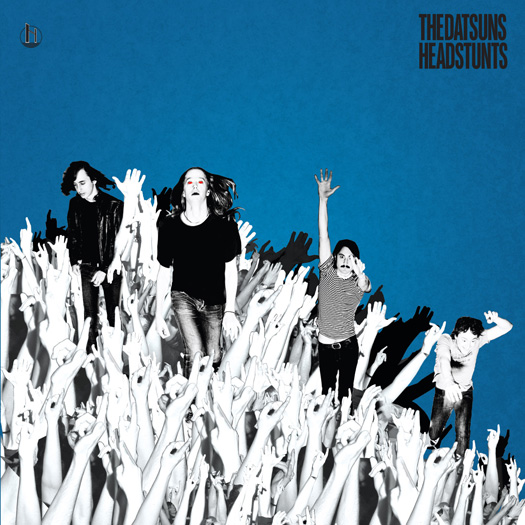 The Datsuns are set to release their fourth album, Head Stunts, on Monday 6th October, which will be preceded by a new single, Human Error, onMonday 29th September.  The single will be available as a limited edition coloured vinyl 7”, and as a digital bundle, and features a previously unreleased track, You’re No Good.

Featuring 12 new tracks, “Head Stunts” was recorded earlier this year in Sweden, and is self-produced.  From the full-throttle opener Human Error, to the dirtbike guitars and frenzied pummelling of Yeah, Yeah, Just Another Mistake and the 70’s stomp rock of Highschool Hoodlums, the album finds the band unleashing their finest work to date.

“It’s about mind games and self-doubt. “Head Stunts” is an anagram of The Datsuns!” explains singer Dolf.  “We were aware of it all along but we didn’t want to make it too obvious. We got a new member of the band on drums, Ben Cole, so it was like making our first record again, with new influences and new abilities. With a new person, we were able to feed off each other in different ways. We had the same ideas, but we flipped them around, just like you do with an anagram. When you have somebody new in the band you can try different ideas that may not have clicked before.”

The Datsuns will be doing a one-off gig at The Camden Barfly, London onTuesday 9th September as part of the Red Stripe Summer Season.  Tickets are onsale now from www.ticketweb.co.uk and cost £10.00.  Please note that tickets may be subject to a booking fee.