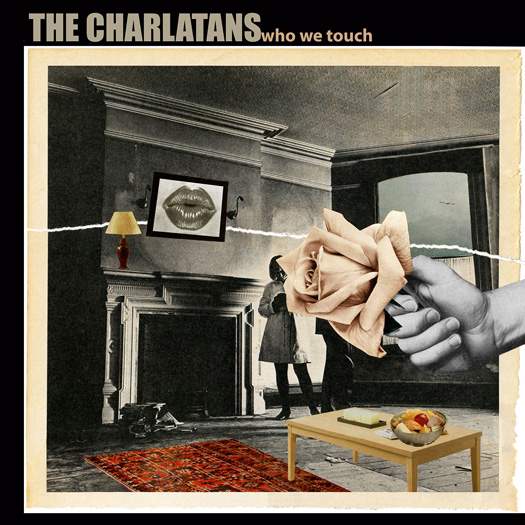 Their eleventh studio album, ‘Who We Touch’ was produced by Youth (Paul McCartney, Primal Scream and The Verve) and was recorded at Britannia Row in London, on the desk that New Order’s ‘Blue Monday’ was recorded on. Featuring eleven tracks, the album must surely rank as their boldest to date radically broadening, in places, their aesthetic remit. It is, says Burgess, “a soulful voyage”, a journey through moods uplifting and profound, dark and delirious, ultimately concluding in blissful optimism. Its sound is inspired by many heroes, yet always sounds like no-one other than The Charlatans themselves.

Opener, ‘Love Is Ending’, is the first single to be taken from the album, released on August 2nd.  ‘Oh!’ is a beautiful song of reconciliation, as complex as its shifting time signatures (one section is in 3/4 waltz time), and then ‘You Can Swim’, an exquisite ooze of ambience, reminiscent of ‘Another Green World’-era Eno, with whose creative ideas the album began. Lurking at the end of the album is hidden track ‘I Sing The Body Eclectic’ featuring Crass’s Penny Rimbauld on vocals. Gee Vaucher who did the iconic artwork for all of Crass’s releases, also provides ‘Who We Touch’ with it’s eerie collaged cover image.