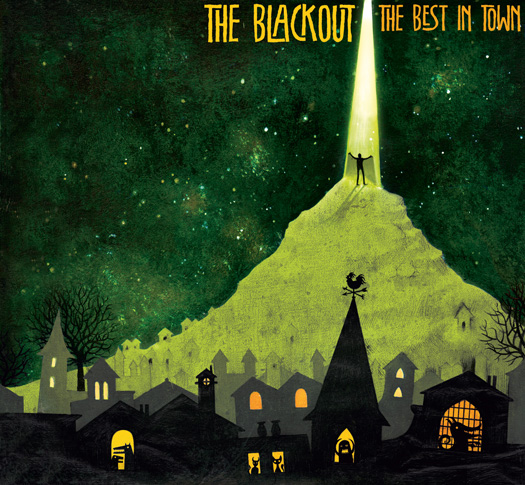 Welsh band The Blackout are proud to announce signing a worldwide deal with the legendary Epitaph records. The Blackout will join a fantastic roster of artists including Bad Religion, Rancid, Converge, Every Time I Die & New Found Glory among many others, thus cementing Epitaph as one of the most influential labels around today.

« The Blackout have delivered an amazing record », states Epitaph president and owner Brett Gurewitz, « and I expect these guys to make a huge leap forward this year. I’m thrilled to have them on the label. »

Sean Smith (vocals) had this to say: “The band are over the moon to be on Epitaph. It’s an honor for us to be asked by them. We were offered billions of pounds by other labels but we knew Epitaph was the label for us. We love their ethics and we are also fans of many of the records they have put out. Epitaph is our new home and it feels warm and cosy”.

Epitaph will release the bands second album ‘The Best In Town’ produced by Jason Perry on May 25th in Europe and on June 23rd in the US. Next to the album release in the US, this Summer will mark the band’s first-ever appearance on the legendary Vans Warped tour, taking them throughout the country over the course of 4 weeks.

The Blackout’s first record ‘We Are The Dynamite’ came out late 2007 on indie label Fierce Panda and what followed was a phenomenal year with sold out headline tours in Japan, Europe and the USA- including selling out the Astoria! They toured relentlessly proving themselves to be one of the most hard working bands in the UK and shared the stage with Linkin Park, N.E.R.D & Lostprophets as well as storming performances at Reading/Leeds festival and Give It A Name.

It has just been announced that The Blackout will play the Royal Albert Hall in London – one of the UK’s most iconic venues – for the Teenage Cancer Trust on 28th March alongside Bullet For My Valentine and Fightstar.