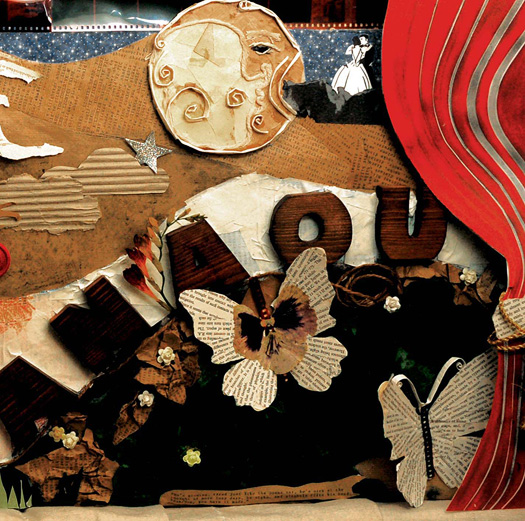 “The famous five of euphoric nu-folk-pop » THE FLY

Imagine the Secret Seven going to music school and running away with all the instruments before the lesson even begins. Mandolins, pianos, guitars, strings, casiotones, trumpets, theremins, boy/girl vocals, melodicas, harmonicas, lapsteel guitars, organs, glockenspiels, tambourines, ba bas, oohhhs and HEYs! All set the back drop for stories that wouldn’t be out of place in a book by Eric Carle. The All New Adventures Of Us is about making people see clearly with their eyes closed, vivid imagery and attention to detail firmly intact. The goal is simple; to tell a story through song. No hidden agenda. And in poetry cooed in the sweetest of contexts, explanations are what Tanaou stands for.

The intrepid seven kicked off 2007 with a Maida Vale session for Huw Stephens on Valentine’s Day following on from their storming shows as part of the BBC Electric Proms Next Stage Tour. They then released their debut double A-side single ‘St Crispin’s Got Our Backs’/’The Art Of The High Five’ on Get Cape Wear Cape Fly’s newly launched label The Mannequin Republic before going on to play several dates with Sam Duckworth himself.

After a year of playing live and writing music, the band have now finished work on their full length debut ‘Best Loved Goodnight Tales’. Far from the headquarters of Northampton, England, the landscapes and narratives are constructed deep in the Umea snow, in the north of Sweden with the northern lights glowing overhead and eighth member / producer Magnus Lindbergbehind the desk, ready to capture every defeat and every victory, as and when it falls from their fingers and lips.

This autumn will see the album released through One Little Indian. It will be flying off the back of some greatly anticipated live dates around the UK and Europe.

Live, one truly can’t express the level of involvement Tanaou steal from every audience member, so we’re hoping you can all make it down to a show to experience first hand how truly outstanding musicianship and poetry can feel coming from the mouths and minds of the articulate English youth.