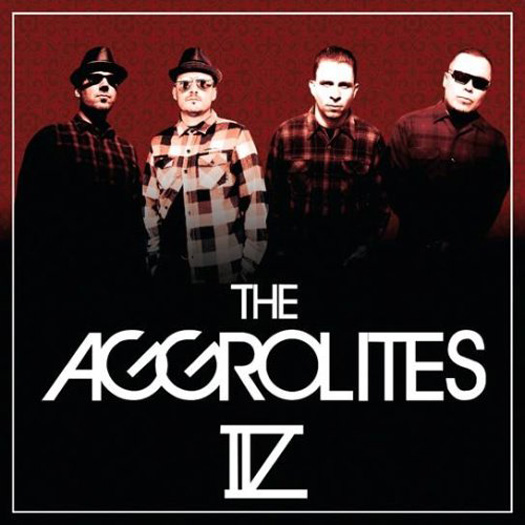 The Aggrolites are more than a band they are a movement unto themselves. They carry a banner – one created with their own hands. This banner reads, “Dirty Reggae,” and represents their signature fusion of reggae, soul, grit and determination. For seven magnificent years, this dirty reggae bunch has rolled from city to city, across the pond and up main street USA. They rally the kids, the parents, the students, the cops, the bosses and the drifters. The people come, they relish in The Aggrolites, the dirty reggae and the joy that comes with it all. The liberating rhythms and catchy grooves demand a return trip.

Out of the Los Angeles school of hard knocks, The Aggrolites have earned a Ph.D in « feel good music. » On the road they educate with the thunder and punch of the reggae drums and bass, the ripping, soulful melodies of the organ and guitars, and Jesse Wagner’s voice – a gift from the heavens, a perfectly intact gift from Otis, Sam, Ray and Wilson.

The Aggrolites have a specific way of making music. They don’t over think it, they don’t obsess over pop culture demands, they walk onto a stage or into a recording studio and let « it » happen – a culmination of inspiration – from the road, from playing alongside legends, and from the energy and motivation of their die hard fans. A new album is due for release in June 2009 and they call it IV. It is a definitive chapter in The Aggrolites journey with 21 tracks; each one a story of their struggle to thrive and their quest to spread soulful music around the globe. So, when you are in the mood to drop your troubles and kick your baggage to the curb, call on The Aggrolites.

They have three other full-length albums to their credit — Dirty Reggae (Axe 2003), The Aggrolites (Hellcat 2006) and Reggae Hit L.A. (Hellcat 2007), featuring the hit « Free Time. » “A glorious, surprising treat. Ideal for your next soul shakedown party,” raved Peter Relic from Rolling Stone about Reggae Hit L.A.

Their songs are featured on the 2008 Vans Warped Tour Compilation and numerous Give ‘Em The Boot compilations from Hellcat. In 2007, the band also collaborated with Rancid front-man Tim Armstrong on his solo A Poet’s Life (Hellcat 2007) CD/DVD release.

The Aggrolites are well represented in film, television and video games. Their songs have been featured in NBC’s Friday Night Lights, MTV’s The Hills, Nick Jr.’s Yo Gabba Gabba, USA’s Dr. Steve-O, MavTV’s Rad Girls, the award-winning surf film The Pursuit, and Australian video game Cricket. The Aggros-backed, Tim Armstrong and Skye Sweetnam duet, « Into Action, » is featured in Dream Works Pictures’ Hotel For Dogs. Their renditions of The Specials’ « Ghost Town » and Musical Youth’s « Pass The Dutchie » will be heard in the upcoming teen surf comedy Endless Bummer, and « Free Time » will be in Walden Media’s musical-romantic comedy Band Slam.