Yesterday Is No Tomorrow 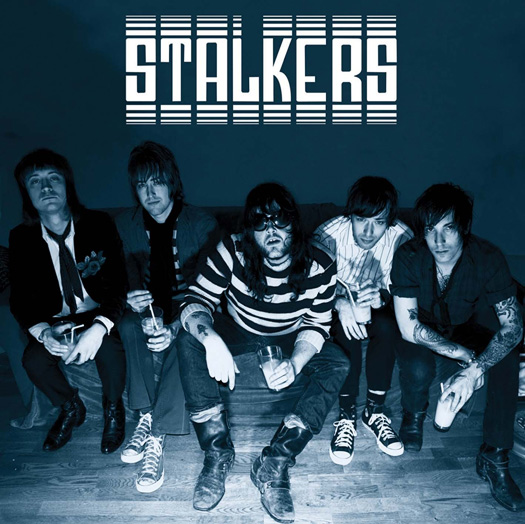 If drinking, fighting and good old-fashioned rock’n’roll are your mantra, your world is about to change.  The first taster UK music fans got of Brooklyn punks, STALKERS, was one of the best party songs you’re likely to hear all year, in the form of double a-sided single ‘Lets Get It Together/Circus Baby’, with only 1000 sought-after copies pressed and released in the UK in March.

It didn’t happen overnight. Their very first live performance was in 2003, brazenly offering support to punk legend TV Smith.  They have been a live draw in NYC’s rock’n’roll underbelly ever since, earning a reputation for the wildest shows in town.  It hasn’t made them rich (yet), they’ve kept on the day jobs (labourer, silversmith…), but when they clock off, they know how to party.

The Stalkers will soon be playing in a town near you, but don’t bother coming without a drink in your hand…

“This is a band who realize that AC/DC and New York Dolls are the only good bands ever, and who stick to writing booze-soaked rackets that sound refreshingly, genuinely carefree and debauched.” – TIME OUT

“For fans of good-time, three-chord guitar music; of sharp, smart-ass, punk-pop choruses, and for those who believe that rock’ n’roll is ample reward for putting up with living in what is a predominantly crappy world.” – NME