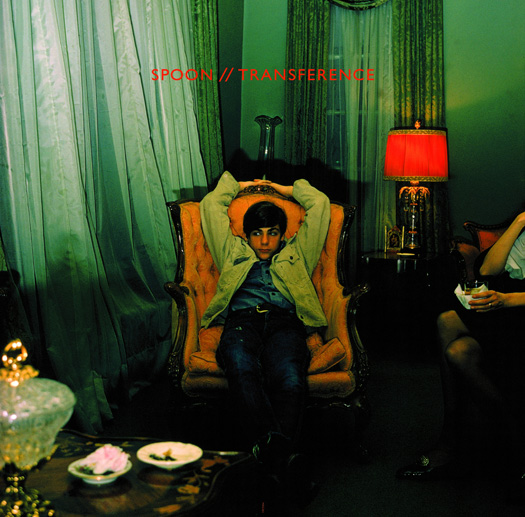 Britt Daniel, Jim Eno, Eric Harvey and Rob Pope – collectively known as Spoon – have confirmed the release date of their first album in over two years and seventh overall: Transference will be released in Europe on ANTI Records on the 25th of January 2010.
Produced by the band, Transference is made up of 11 new gems that honor the Spoon tradition while pushing the envelope of the band’s sound ever further. « Before Destruction » opens proceedings with a transfixing air of foreboding before « Is Love Forever? » and « The Mystery Zone » kick in with hooks that grip the listener’s cortex with the tenacity of an aural tapeworm. « Who Makes Your Money » and first single « Written In Reverse » will be familiar to Spoon fans who witnessed the band playing prototypical live versions at select dates in 2008, as will « Got Nuffin, » title track of the EP released by the band earlier this year.

The complete track listing for Transference is:
Before Destruction
Is Love Forever?
The Mystery Zone
Who Makes Your Money
Written In Reverse
I Saw The Light
Trouble Comes Running
Goodnight Laura
Out Go The Lights
Got Nuffin
Nobody Gets Me But You
Transference is the first full length offering of new Spoon material since 2007’s critically acclaimed album Ga Ga Ga Ga Ga.