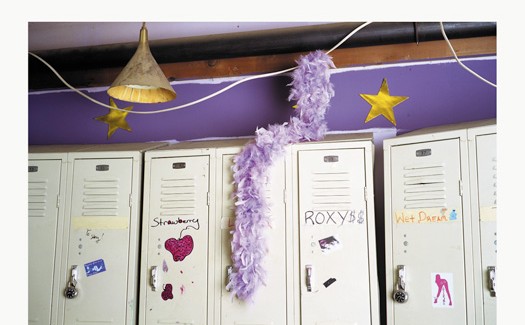 Monday 17th September sees the release of Soap and Water, the 8th studio album by solo artist/guitar slinger extraordinaire Chuck Prophet. Chuck relocated to Nashville and bedded down for a month at the Alex the Great Recording Studios with producer Brad Jones (Yo La Tengo, Dolly Parton, Josh Rouse) manning the desk. Chuck is joined by his own band The Mission Express, Todd Roper (of Cake) on drums, and The Spinto Band. Hell, they even drafted in the local Methodist children’s church choir for a few tunes. The album sees him blending his twisted soul-country-rock; a Alex Chilton-meets-Waylon Jennings via Dylan thing, with that Fender Telecaster he’s had since his Green On Red days weaving a singular common thread throughout. From the beautiful lyricism and arrangement of “Would You Love Me?”, the witty and wicked call-and-response of the title track, to the pure rock and roll ecstasy of “Let’s Do Something Wrong” featuring Chuck’s well-honed six-string abilities. “We goofed on some agitated single coil cubist junk, got serious with the spring reverb on mournful ballads” says Chuck. Soap and Water is, without a doubt, his finest work to date.

It’s been three years since his last album, “Age of Miracles”, but Chuck Prophet is not a man to sit about. He revived the band that started that whole goddamn alt-country thing, Green on Red, for a recent spin around Europe. He produced and helped co-write Kelly Willis’ new album “Translated From Love”, and is currently collaborating with Alejandro Escovedo on his next album. Chuck has also made his debut on the silver screen, acting the part of the dope dealer in the new film “Revolution Summer” (with a fine soundtrack by Jonathan Richman) as well as contributing his own tracks to the Sundance Jury Award winning film “Teeth” about a woman with a toothed vagina. If that work doesn’t make you break out in a sweat, the thought of a toothed vagina should do the trick for the rest of you.

Chuck started it all as a kid back in the eighties when Green on Red plucked him out of Berkeley, CA and threw him in the van for an eight year ride and the recording of as many albums. Green on Red were seminal purveyors of American Roots-Rock and broke up in 1992 just before an entire movement followed in their wake. Since then Chuck has recorded seven amazing solo albums and toured and recorded with the likes of Lucinda Williams, Aimee Mann, Cake, Alejandro Escovedo, and Jonathan Richman. Ryan Adams, Solomon Burke and Heart have recorded his songs, along with a host of others. Chuck’s never been one to rest on his laurels and ride it out. He’s always manically chopped and changed; with his distinctive panache for a classic tune always in tow.

Chuck will be returning to Europe in support of the album this September and October.