« AT HOME WE ARE TOURISTS » 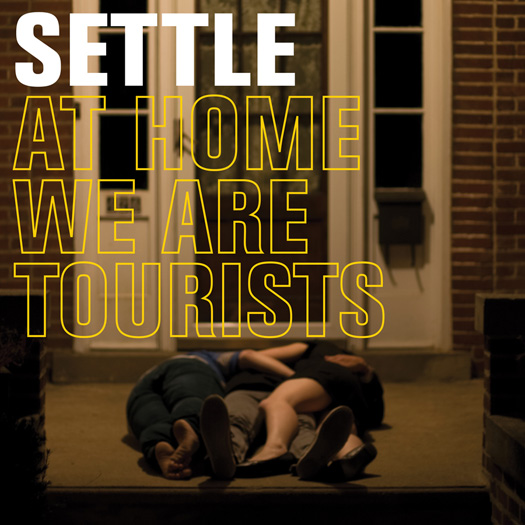 Settle will release their smart, attention-grabbing debut At Home We Are Tourists on May 18th via Epitaph Records. Produced by Adam Lasus (Clap Your Hands Say Yeah, Army Navy, Yo La Tengo) and mixed by Ken Andrews (Jimmy Eat World, Pete Yorn, BRMC), the Easton PA quartet’s first full-length album is a pop dreamscape that deftly combines indie and dance rock that is alternately ironic and biting and deeply emotional and deliberative.

Citing influences from Elvis Costello to the Liars and inspiration from art to social networking sites, Settle’s At Home We Are Tourists illustrates both the outlandish collection of pop culture that moves the band and an unusual ability to craft a remarkably accomplished first record. Five years of writing, revising and discarding allowed the band to amass 12 songs that range from fuzzed-out rockers to indie gems to synth-driven fetes that flow seamlessly one into the other to form a perfectly cohesive whole.

Standout tracks like the evocative “On the Prowl,” the guitar-driven homage to the band’s roots “Affinity For My Hometown,” “ISO: 40yr M W/Kids Seeks 26yr F WO/Kids,” and the exuberant “I Saw An Inferno Once” create one of the most interesting, unique and unforgettable debuts in recent memory.