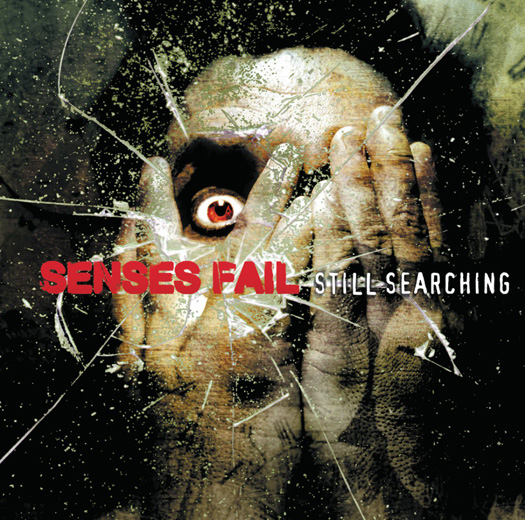 “Everyone’s life is a work in progress,” says Senses Fail frontman BuddyNielsen. “You’re still going to be learning this stuff until the day you die.” Thestuff he’s talking about is why we are the way we are. Much of Senses Fail’snew album, Still Searching (due Oct. 10 on Vagrant Records), finds Nielsen grapplingwith this issue.

And though these are the most personal songs he’s ever written, they’re also themost accessible. “I like my lyrics to be open to interpretation, but I didn’t wantto paint pictures of things no one was going to understand; I want our fans to beable to relate,” he explains. “At some point, we all start examining our lives. If you don’t, there’s something wrong with you.”

It’s been nearly two years since the New Jersey quintet – Nielsen, new guitaristHeath Saraceno (formerly of Midtown), guitarist Garrett Zablocki, bassist MikeGlita and drummer Dan Trapp – released their full-length debut, Let It Enfold You(Vagrant), which sold more than 300,000 copies. Since then, the band has performedon national TV, sat for countless media interviews (Alternative Press putthem on the cover), toured the world and become the subject of frenzied Internetactivity. “We’ve grown up a lot since then,” Nielsen says. “When we wrote thesongs for the last record, I was 18. I never imagined we’d be able to make arecord like this one.”

Of course, Senses Fail has honed their post-hardcore aggro melodicism to arazor’s edge (three Warped tours in a row will do that), but they’ve also begun towear their Metallica damage on their collective sleeve. “Sick or Sane,” forinstance, is indeed sick, complete with double-kick-drum fire power and facemeltingsolo. It’s a three-minute fusillade of machine-gun guitar punctuated by Nielsen’s otherworldly growl. Exhibiting his knack for black humor, he sings,“And the white coats just won’t get it/ I’m a genius with a headache.”

“Sick or Sane” is also evidence of the band’s renewed focus on songcraft, as arethe standout tracks “Can’t Be Saved” and “Calling All Cars.” “Can’t Be Saved”gets under your skin with the unlikely sing-along refrain, “I’m stuck in a coma/Stuck in this never-ending sleep/ Someday I will wake up/ And realize I made upeverything.” An expressive lead-guitar line provides counterpoint to Nielsen’sarticulation of emotional paralysis.

The first single off Still Searching, the melodic powerhouse “Calling All Cars,”details the fallout of life on the road as the singer confronts a self-fulfillingprophecy. Propulsive rhythms build to a wall-of-sound crescendo, Nielsenexhorting, “Scatter my ashes where they won’t be found/ I kept my word when Iswore that I would let you down.”

Perhaps even more significant than Senses Fail’s development as songwriters,however, is Nielsen’s ability to communicate as a vocalist. “The last recordsounded almost emotionless to me,” he confides. “With this one, the emotionreally needed to come through in my voice because these songs are about suchheavy issues. When I was recording, I needed to actually feel those emotions forthe songs to be completely honest.”

Nielsen says the album’s title track epitomizes his frame of mind: “It goes fromreally heavy to catchy to this big, dramatic ending. It’s about the last couple ofyears of my life. I’ve been dealing with things I’d been avoiding since I was akid, stuff about why I’ve been so fucking angry my whole life.” “I can’t believeit’s been a year,” he sings on “Still Searching,” “since I kissed my fears on theirsalty lips and said to them I love you all.”

Nielsen has been self-medicating with music since he was a kid. “I got into allthese bands – The Promise Ring, Agnostic Front, Snapcase, Jawbreaker, Savesthe Day, Thursday … and when I started playing music, it helped me get myaggression out,” he recalls.

He started playing music with Garrett Zablocki, a fellow resident of BergenCounty, N.J., whom he met online, in 2001. They immediately began bangingout songs in Zablocki’s basement but had difficulty recruiting bandmates.

Finally, Zablocki brought in Trapp, remarking, “He’s only 15, but he’s reallyawesome,” and the band’s original guitarist and bassist. Says Nielsen, “Weplayed together and it was like magic.”

Its lineup solidified, Senses Fail – the name evokes the path to spiritual Nirvana– began playing shows at VFW halls, skate parks, churches and any other hole inthe wall that would have them. They quickly amassed the core of their unusually devoted fan base. SF’s first recording, the EP From the Depths of Dreams, wasreleased in 2002 (on ECA Records, later reissued on Drive-Thru Records). Itsold more than 250,000 copies, landing it on the Billboard 200 album chart, duein part to rampant Internet song swapping.

Led by the track “Buried a Lie” – the video was shot on the set of “The GuidingLight” by Nielsen’s mother, once an actor on the soap – 2004’s Let it Enfold Youintroduced the band to an even wider audience and muscled its way into the Top40. Suddenly, Senses Fail was gracing the pages of not only Kerrang! but also Rolling Stone and Spin. The band spent the next two years gigging steadily,opening for My Chemical Romance, among others, and logging two months inEurope, Japan and Australia on the Taste of Chaos Tour.

In May of 2006 Senses Fail commenced recording the much-anticipated followupto Let It Enfold You, retreating to Bearsville Studios, near Woodstock, N.Y.,with producer Brian McTernan (Thrice, Cave In; the album was mixed by ChrisLord-Alge).

McTernan, intuiting just how essential emotional authenticity was to the record,maintained a hands-off approach to Nielsen’s performances. Nielsen also creditsMcTernan with achieving the sonic depth the band had long sought. “We don’twant the songs to be flat planes; we want movement,” he informs. “You canreally hear it on ‘All the Best Cowboys’ and ‘The Priest and the Matador.’ Thefirst one is weird progressive metal; it’s maniacal and very dark. The second oneis soothing and almost uplifting. Brian worked extremely hard to make themsound that way.”

Needless to say, Still Searching can aptly be described as moody. Nielsen admitsit’s sometimes hard for him to listen to, but he also says, “I’d much rather startdealing with this stuff when I’m 22 than when I’m 35 and have a family and realresponsibility.”

Asked about the opening line of “Can’t Be Saved” – “Follow your bliss, it readson my chest” – he illuminates: “I do have a tattoo on my chest that says, ‘Followyour bliss.’ I hold that true, that you should do exactly what makes you happy nomatter what because that’s the only thing that will work in your life. I believethat, even if I can never seem to do it myself.” Still, even on his worst days,when he’s sure he “can’t be saved,” you get the impression that Nielsen will vanquishhis demons if for no other reason than he keeps on trying. And that if hecan do it, maybe the rest of us can, too.