Rocket From the Crypt 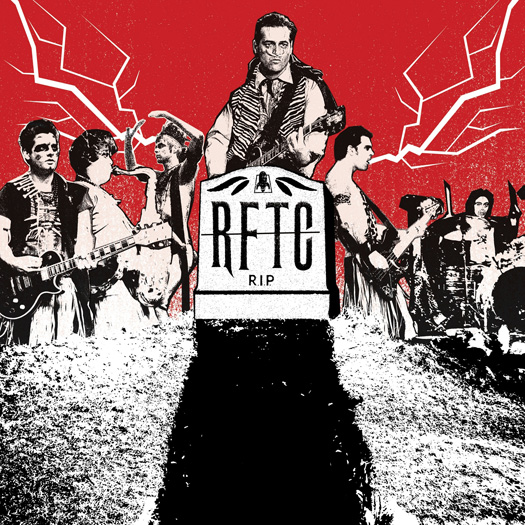 Anyone who’s been anywhere near the music scene for the past two decades or so has heard the lore of a bunch of guys from San Diego called ROCKET FROM THE CRYPT being the best band in the universe, and anyone who got to see them live knows why.

Adorned in flamboyantly matching attire, led by the most charismatic and energetic frontman since The King himself, armed with a ferociously ska-free horn section and backed up by a legion of devout rocket-tattoo-stamped fans to boot, ROCKET FROM THE CRYPT quickly became the band that you absolutely did not want playing right before you took the stage.  These guys were like the band version of the hot girl that your girlfriend knew about but never wanted you to meet.

And then, after fifteen years of unconventionally kinetic stage antics (sometimes involving fire breathing, on-stage raffles, or a guy named ‘Dirty’ who was essentially the band’s resident cheerleader), the band gave their bittersweet farewell performance for an army of costume-clad fans – some of which even flew in from other countries – on their favorite day of the year to perform, Halloween.

And here you have it, the band’s final live performance from San Diego’s Westin Hotel Ballroom, marking the end of an era and the affirmation of their cemented presence in the slightly emptier world of rock n’ roll.  R.I.P. ROCKET FROM THE CRYPT.