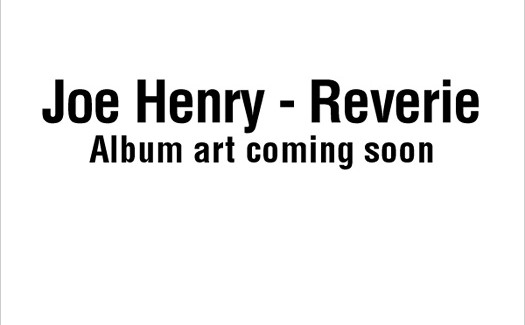 Revered musician and producer JOE HENRY is set to release a captivating new album entitled Reverie this October 10 via Anti- Records. It stands as a career high point.

HENRY is an acclaimed solo artist with 12 critically heralded albums to his credit including 2009’s masterful Blood From Stars. He is also a multi Grammy winning producer with credits that include Solomon Burke’s 2002 album Don’t Give Up On Me, which won a Grammy for Best Contemporary Blues Album as well as works by esteemed artists such as Bettye LaVette, Mose Allison, Aimee Mann and Ani DiFranco, and an additional Grammy for Best Traditional Folk Album with the 2010 album by the Carolina Chocolate Drops.

HENRY’s new album Reverie is an all-acoustic production, though also a raw and raucous and messy affair. As HENRY explains, “I knew it should be stripped and lean but not demur, sonically speaking; in black and white, but not without red blood in its veins.”

The record came to fruition when HENRY and his fellow musicians convened in HENRY’s basement studio for three days of exploration. Next the great guitarist Marc Ribot joined with “his particular and wiry racquet” for a few songs. There was some additional lost-world underscoring from singer Jean McClain, and a brief soliloquy given air and a smear of lipstick by Patrick Warren’s pump organ. The final touch occured when the song “Piano Furnace” was sent to Dublin so singer-songwriter Lisa Hannigan, for whom Henry had just produced an album, could illuminate a few words with her indelible spirit.

The result is an album more lifelike –fuming and nervously ticking— than any HENRY has managed. It is also a work that addresses, albeit subtly, some profound themes. “This album speaks about time,” HENRY elaborates, “The great river that reminds us we are buoyant after all, as its moving current lifts us by the chin and just off of the balls of our feet, while we strain to dig our toes into the sandy ground. I am not convinced that any song exists without some knowing nod in its direction. And so with Reverie I am nodding, then –to time, but also to all the love, hope, despair, and revelation that stands naked inside its weather.”

You can listen to the first featured track off Reverie, entitled “Odetta,” on US National Public Radio’s All Songs Considered