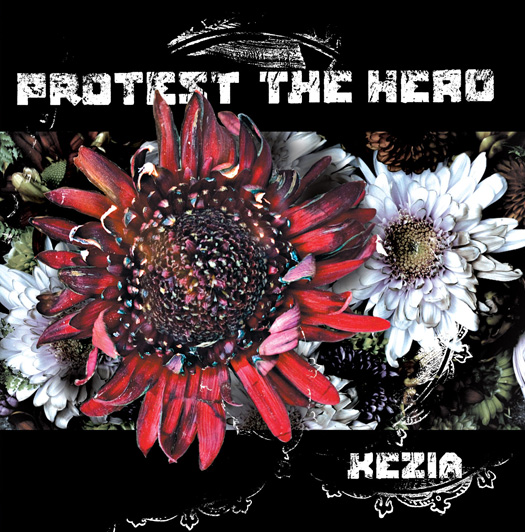 Mirabdolbaghi (bass guitar, vocals). Their debut US full-length, KEZIA (keh-zai-yah) is due out April 4, 2006 on Vagrant. Protest The Hero was created when the school friends were just 14-years-old and realized their mutual passion for music. “We started this band because we love music – writing it, recording it, playing it, performing it, and improving on it, “ comments lead singer Rody Walker. Over the next 5 years the band forfeited weekends and summer vacations to develop their craft and to make a name for themselves on the road. With a sound and style reminiscent of Rage Against The Machine and System of a Down, Protest The Hero built up a loyal following for their intelligent, politically and socially aware songs and technically intricate musicianship. PTH have released two records on Canadian punk rock label Underground Operations, 2001’s vinyl 7” Search For The Truth and the 2003 EP, A Calculated Use of Sound. Protest The Hero was awarded “Best Indie Metal Band’ at the 2004 Indie Music Awards during Canadian Music Week in Toronto and has ventured into the spotlight with multiple appearances on MuchMusic’s “The Punk Show’, as well as various

radio show appearances and performances along with a relentless tour schedule. “It’s not an easy life, on the road,” says Rody, “but it’s something that every developing band has to do. If you ever want to leave your parent’s garage, you have to be prepared to break your back and like it.” The day that Protest The Hero finished their final senior high exams, they left on a three-week headlining tour from Toronto to Halifax entitled ‘Cock the Vote’, not only to spread their name, but more importantly to raise voter consciousness for the upcoming Canadian election. The band has played with such acts as Limp Bizkit, Korn, Raised Fist, Bigwig, Choke, Death By Stereo, Alexisonfire, Sum41 and tons of others. They also played the Canadian dates of the Vans Warped Tour. The band’s dedication and extreme work ethic is about to be further realized with the debut US release of their first full-length album,

Kezia is an intricately executed ‘situationist requiem’ similar to a concept album in that it tells a story. Kezia embodies all that Protest The Hero was and is, amidst the confounds of a breathtaking tale illustrating the doomed execution of the title character. The story is chronicled in the perspective of three characters: The Prison Priest, The Prison Guard/Gunman, and Kezia herself. Each character is designated a section containing three songs, with a single retrospective finale concluding the album. The three characters represent an aspect of the band-members themselves, resulting in a deeply personal album. “The lyrics on Kezia are something deeply personal to all of us. They reflect personal

losses, and moral changes within all of us,” states Rody. “Labeling Kezia a concept album is an insult to all of us.”

Produced by Julius “Juice” Butty, Kezia melds melody, thrash, metal, passion, enlightenment, anger, politics, punk rock and intensity. Rather than writing songs within their musical boundaries, Protest actually wrote music that they could not play, and then forced themselves to learn how to play it over the last two years.

“Kezia was a big jump for us, but it was the most honest, natural progression we could have possibly made,” says Rody. “Initially it was quite difficult to be taken seriously, as we were so young, however we’ve had few problems of that nature since the release of Kezia.”