YOU CAN HAVE WHAT YOU WANT 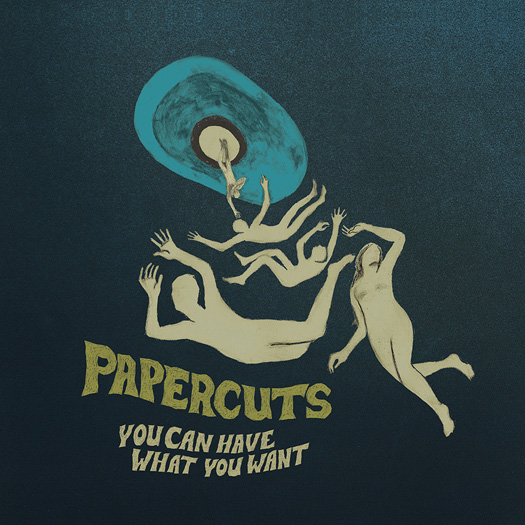 “something special, a delicate mood piece made to slice through the din and chaos of modern life” 8.3 pitchfork

Welcome to the latest phase in Jason Quever’s ongoing pop investigations, the dreamily opiated epic You Can Have What You Want released under his « Papercuts » moniker.

Jason was raised on a commune in Humboldt County, California. Orphaned at a young age Jason travelled up and down the US West Coast before finally settling in San Francisco in the late 90s.

Papercuts began initially as a 4 track recording project, in 2001. Around the same time Jason started recording and performing with local San Franciscan bands – including producing Cass McCombs’ debut album « Not the Way » in 2002, working on records by the Skygreen Leopards and Casiotone for the Painfully Alone among others.

Jason recorded his first album as Papercuts (Mockingbird) in 2004 and followed that up with 2007’s Cant Go Back. Both garnered great press (Uncut giving Mockingbird a **** and Pitchfork giving Cant Go Back an 8.3) but You Can Have What You Want is Papercuts’ best yet.

Touching on ’80s/’90s Creation and 4AD records, The Zombies, 60’s French pop and even CAN’s Future Days, You Can have What You Want is built on pulsing bass and Kraut-via-Ringo drum rhythms, with Jason’s fragile falsetto draped in a distorted reverb gauze. All the tracks were recorded on to tape because, as Jason says, « it just sounds better » and the album features contributions from Beach House’s Alex Scally and Graham Hill.

Says Jason: « my only real conscious effort with this record was to be more explorative, to find arrangement and sound territory that I hadn’t covered ». He was also heavily under the influence of the original Twilight Zone series: « I bought the DVDs and watched them a ton while I was writing the record, » says Quever, « and it’s clear to me that the shows mysterious, melancholic vibe seeped into album ».

You Can have What You Want is a moving gem of an album, a summer memory refracted through a lens, misty in the middle as well as at the edges, illuminated from within as a glow brings out a haze.