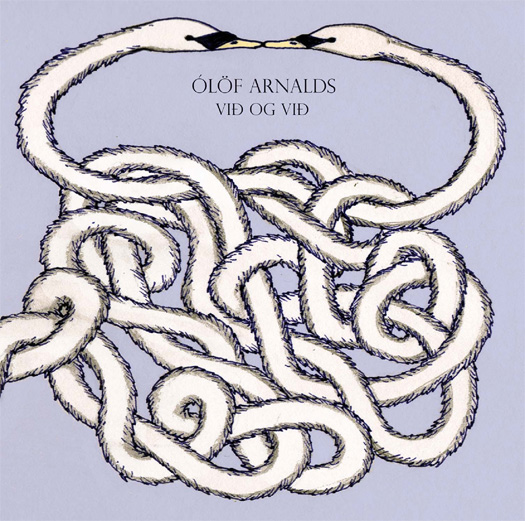 “She has a really idiosyncratic sense of chord structure and a voice somewhere between a child and an old woman! She has her own individuality, and the best is yet to come.”   Bjork

‘Við Og Við’ is the solo debut of Ólöf Arnalds.

’Vid og Vid’ is an intimate and evocative collection of songs which in melody and lyrics varies from a charming naivety to more complex and entangled expressions. Arnalds tells personal tales with a tender voice and leaves the impression of a classic troubadour with clear associations to early freak-folkers like Vashti Bunyan and Judee Sill or todays Joanna Newsom.

Ólöf Arnalds was born in 1980. Between 1988 and 2002 Ólöf studied violin and classical singing, and in 2002-2006 she studied composition and new media at Iceland Academy of Arts. In 2006 she graduated with a B.A. degree in composition and new media. She has been active within the Icelandic music scene for quite some time. She has been Múm’s collaborator for the past years and has also played with many other Icelandic bands and musicians, such as Slowblow, Stórsveit Nix Noltes, Skúli Sverrisson and Mugison. One of Ólöf´s most recent collaborations was her part on Skúli Sverrisson’s critically acclaimed album Sería where she plays guitar, charanga and viola and sings her own lyrics. She is probably best known as the singer of Múm since 2003.