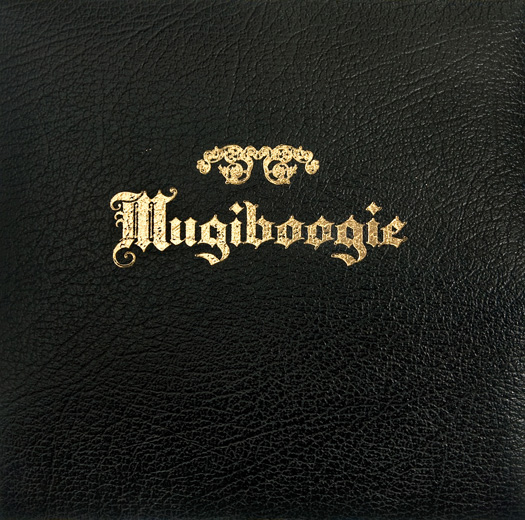 Three years ago, Mugison traded his laptop in for a bass player and a drummer of flesh and blood, cranked the amp and went on a mission. His third album, Mugiboogie is driven by the lust for life, love, and sex – a classic rock n´roll ablum in that sense but yet he manages to surprise and entertain in each song. He spent the good part of 3 years howling in his garage until the songs felt right, felt real and beyond all, felt good. Call him a schizophrenic, call him possessed, a monkey with attention-deficit disorder but make no mistakes – he’s on a mission. He promised to give it all he got, to turn his inside out and this is what that sounds like

« Icelandic singer-songwriter Mugison already has a reputation abroad for bleak magic, on record and in solo appearances with acoustic guitar and laptop. But in his headlining set at the Art Museum, he came out swinging like a country-blues Led Zeppelin, armed with a muscular backing band of electric bass, pedal steel guitar and cannon-fire drums. » – David Fricke – Rolling Stone
The Legend of Mugison.
(the way I heard it..)

In 2001 Mugison met his first laptop – a used Mac, most likely stolen or over borrowed from a poor philosophy student in Iceland. Inside the laptop he discovered a hard drive filled with songs and the ability to burn songs on to CDRs. Using his acquired ability to burn CDs he came up with a quick money making scheme, sold 70 copies to his grandmother and bought a ticket to London. It was here that Mugison met a man by the name of Joshua who had been living in the streets since he was 9 and supported himself by DJ-ing. They discussed Mugison’s little business and decided that instead of burning the same music onto CDs like Mugison had been doing, they would record their own. Over the next few years, Mugison recorded some tracks. Those tracks came together to make the album, Lonely Mountain.

By that time Mugison met Matthew Herbert who loved his album and offered to release it on his label, Accidental Records. To Mugison’s despair, Matthew also loved the packaging of the demo – a hand made paper case stitched together with a needle and thread. So, Mugison spent the following year stitching 13,000 copies of Lonely Mountain together. On the bright side, Mugison finally had enough money to return home to Iceland. Where he started work on his new record, “Mugimama (is this monkey music?)”.

Mugison moved to the Icelandic countryside, to the West fjords where the sun doesn’t shine for 9 months of the year and you have to work for 14 hours a day in order not to freeze to death. He met a girl named Rúna and they settled in the small town of Sudavik where he built a studio in the garage. “Mugimama” was released in 2005 and earned Mugison 5 awards at the Icelandic Music Awards, including album of the year! Accidental Records also released this album in Europe, which led to touring Europe and North America. Mugison hit the road, armed with his guitar and laptop, playing any gig that would put him up for the night and would buy him a few rounds after the show. He also got to support some of his favorite artists, among them Matthew Herbert, Super Furry Animals, Ghostigital, and Fantomas.

When Mugison got back from touring his wife Rúna had given birth to two Mugiboys, Dyri and Eldar. Soon thereafter, she bought a house next to her mother in Sudavik. As the story goes, the guy who owned the laptop showed up on his doorstep and wanted his laptop back. With no laptop, Mugison decided to get a band of flesh and bones to provide the rhythm, licks, chords, and hooks. Mugison says that all the musicians came to him in a dream, each had a special gift and together they made the perfect unit – one on one on one on one on one makes the perfect Circle of Fifths.
Mugison then spent the next three years locked in his studio. His goal: to make a rock ‘n roll album like you’ve never heard before, spanning every note on the emotional scale while at the same time being the most honest rock ‘n roll album you’ll ever hear. Mugison will take you on a ride, spill his guts in front of everybody, rip his heart out and serve it on a plate to make you angry, happy, sad, horny……all at the same time.

That thrill ride is called “Mugiboogie” and it’s been let loose in Iceland and will debut in the U.S. very soon. Are you ready?