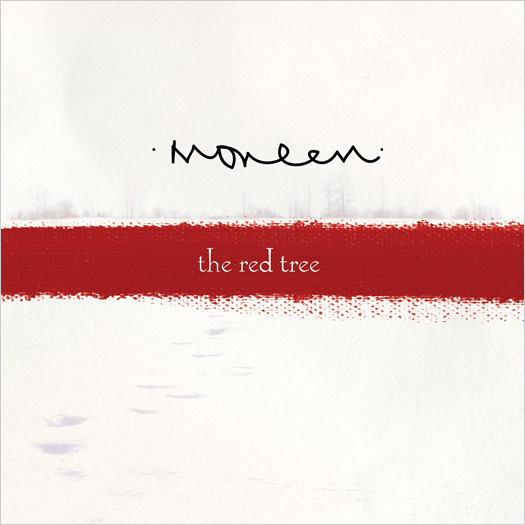 Working on their latest album The Red Tree, Moneen had a new awakening. For a band that is accustomed to touring extensively and taking only a month off to write an album before going back on the road, having real time to work on their songs was a concept they weren’t used to. The process was both refreshing and painful, but the frustration that came from continually analyzing their work turned into determination to make the best album they could. The payoff is a mature and diverse record where each song is epic, not in length but in scope.
After three relatively solid years of touring to promote Are We Really Happy With Who We Are Right Now, playing Europe and the UK for the first time, and sharing the stage with bands such as Muse and Taking Back Sunday, the band spent half a year at home in and around Toronto working on material. When they went to Baltimore in July 2005 to work with producer Brian McTernan (Hot Water Music, Snapcase, Thrice) they began the dissecting and rebuilding their songs. At times disheartening, the process caused friction that was documented in the film The Start to This May Be the End to Another by Alex Liu. Since this was the only period of the recording process that was filmed, the documentary gives the impression that making this album was torturous for Moneen. Though the first week was tough, the following weeks found the members coming together and enjoying themselves. « When we got home I was so motivated, all I cared about was this band and the songs, more than ever before, » gushes singer Kenny Bridges. « Now I was on a mission and, not to sound like I’m trying to be Brian Wilson or anything, I was trying to write the best songs I could and not let anything hold me back. » Unlike Wilson, Bridges managed to tackle this challenge without letting neuroses or nerves get in his way. Instead, all the obstacles created a catapult to bring them closer to the album they wanted. « If we didn’t go through all that crap of thinking we were the worst band ever and that we couldn’t write a song if we tried, then we never would have got this record we have now, » says Bridges.
After the release of Are We Really Happy… the boys became legendary for their tight, stop-start arrangements, and song titles that go on for miles. While the names of their tunes haven’t shortened at all—in fact the new album features some monikers that certainly won’t fit on an iPod screen, such as « The Frightening Reality Of The Fact That We Will All Have To Grow Up And Settle Down One Day » and « There Are A Million Reasons For Why This May Not Work…And Just One Good One For Why It Will »—the new songs are more cohesive and less frenetic than past albums.
Their live shows, however, show no sign of taming, just improving. Bridges feels that, as much as their nutty stage show is important to maintain, the time off of the road made them focus more on stepping up their playing abilities. « It’s one thing to be like, ‘Look at me, I can spin on my back!' » he says. « But if I’m spinning on my back and singing so bad and playing nothing on my guitar, then that’s no good. »
In pre production, Bridges says that it seemed the album was going to be very dark.
Lyrics such as « Let’s be tragic/Let’s be sad, » « He said, ‘we’re all dead' » and « This kind of love won’t last it never did » do seem to suggest lamenting and morbidity, but the music itself promotes excitement rather than depression. Writing lyrics this time around was less a glance inward for Bridges as it was a look outward at the rest of world. Inspired by the news and current event that make him want to smash his television, the lyrics have an element of storytelling which isn’t as prevalent on previous albums.
Though the lyrics don’t always reflect directly on the band, the line « I found a box which said « open and choose »/You’ll find two notes/One says you might succeed/ The other reads you’ll ruin everything » pretty much sums up Moneen: both optimistic and self-deprecating. This dichotomy also shows in the way Bridges speaks. Many of his answers end in something like « but then again, maybe I have no idea what I’m talking about. » As much as he is confident in the direction Moneen is headed, he is hesitant to show his certainty for fear of seeming too cocky. Even when he describes the journey that lead them to record The Red Tree he has to downplay his pride. « It goes to show, » he says. « You’ve got to suck before you rule. »

Juliette And The Licks