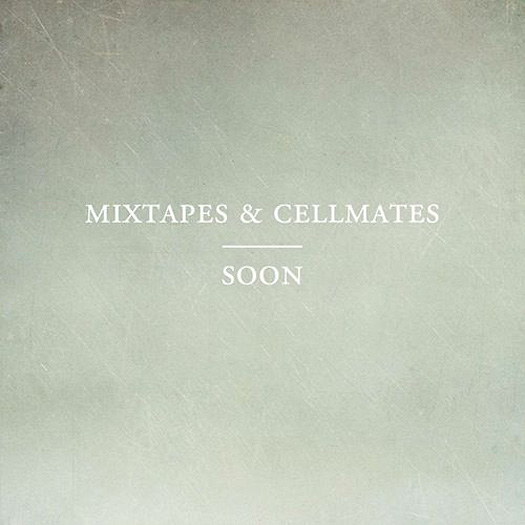 Mixtapes & Cellmates return with a brand new single ‘Soon’ released through Tangled Up! on the 25th January 2010. Their second album ‘ROX’ follows on 22nd March.

Newly expanded to a 5 piece with a live drummer, the new record sees electronics put aside in favour of walls of guitars and lushly orchestrated melodies.

Back in 2008 Mixtapes & Cellmates were on the verge of breaking up after finishing touring their debut eponymous album. Exhausted, internal and personal problems led the long-time friends away from Mixtapes & Cellmates and saw Robert Svensson cranking out his first solo album, while bassist and vocalist Matilda Berggren started playing with several other bands including Parker Lewis and Galgberget, touching on everything from the sweetest pop to raw punk. Similarly, Henning Runolf locked himself away producing massive noise orientated projects and Johan Fagerberg immersed himself in the blossoming Stockholm techno scene.

When they finally decided to meet up again and talk about a possible future for Mixtapes & Cellmates they quickly discovered what was missing and what was needed, immediately resolving to scrap all their old songs from their set list and enlisted Viktor Källgren as their drummer. They started over from scratch.

The new music proved to be more dynamic and explosive than ever before and they went with it. ROX was recorded live during 5 days in the Gröndal studio (hosting other acts like The Bearquartet, The Hives and Fireside) and here we are now. It feels really unnecessary to even write about how ROX compares to their debut. We have to understand that this album (ROX) is an album by a completely new band with some history for sure but a band that have cut the strings to their past.

Inspired by the likes of bands like The Postal Service, Hood, The Sea & Cake, and JAMC, Mixtapes & Cellmates formed in Stockholm, Sweden in 2006. Signed in Sweden by Nomethod records they released their 2nd EP ‘If There Is Silence Fill It With Longing’ that year. The release was followed by extensive touring and festivals with bands such as Bloc Party & Justice. Tangled Up! Recordings released their debut album in October 2007.