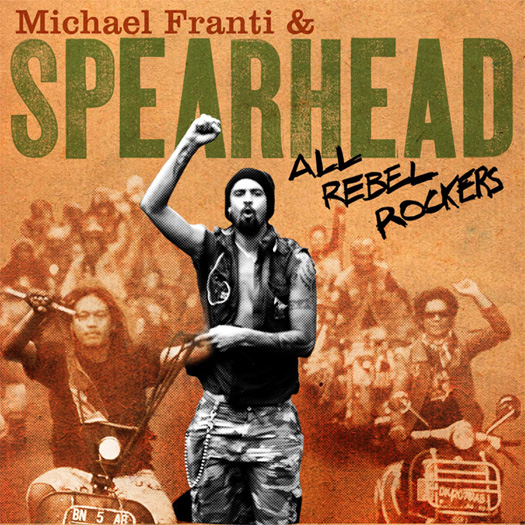 The acclaimed American poet, musician, human rights fighter and composer, Michael Franti and his band Spearhead, will release their eagerly-awaited album, All Rebel Rockers on Monday August 18th in Europe. The album will be released by Anti Records, home of such notables as Tom Waits, Neko Case and Mavis Staples.

Californian-born Michael Franti blends hip hop, funk and reggae together with his outspoken political and progressive lyrics and has gone on to become renowned as not only a worldwide million-selling artist, but also a leader in the peace and social justice movement.

All Rebel Rockers is follow up to 2006’s Yell Fire, album inspired by Franti’s journey into the war zones of Iraq, Palestine and Israel. Same year, Franti released his directorial debut and award-winning film titled ‘I Know I’m Not Alone.’ The documentary explores the human cost of war through poignant imagery and narrative with a dose of humor to break the tension. The film garnered support and critical acclaim from Anthony Minghella, Chris Blackwell, Serj Tankian, the Amnesty International “Audience Award Winner” and the Harlem International Film Festival “Best International Documentary”.

The band will be in announcing festival and European dates in August soon.