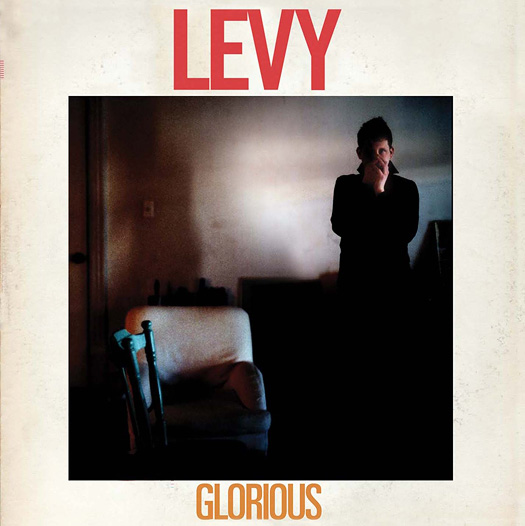 The musical career of James Levy, 26, of New York, has not followed a straightforward route.

“Those dreams are shot through the heart, and it can be a very lonely place”.

James Levy is a man cautious of bracketing himself as a solo artist. The description ‘singer songwriter’ he balks at, akin to a disease.

“Nobody wants to play alone, I’m not suited to it. You can’t get girls playing alone. Not even Bob f***ing Dylan wanted to play alone!”

“Is Beck a solo artist? Sure, but he doesn’t just pitch up with an acoustic and play, he’s got a band. Evolving is so important. Is Bright Eyes a band or solo artist? It constantly changes, and that’s what Levy is all about.”

James Levy grew up in Vermont, a small state in the New England region of North East America. It is famed for its scenery and dairy products.

“I came from a very small town. There are loads of cows, and it’s very rural.”

“Vermont probably hasn’t shaped me. Thankfully I discovered alternative music, mainly grunge around the same time as everyone else did, and it gave me something to do, or least aspire to doing. Vermont was just a backdrop.”

The sound of Nirvana and their Seattle contemporaries prompted James to start writing. It opened his eyes to a bigger picture that his upbringing had contained. A natural progression was James’ introduction to Dylan.

“’Nashville Skyline’ was the only record that I listened to for a few years. Dylan gave me the confidence to get out of Vermont.”

Moving to the romance and mystery of New York’s East Village, James ostensibly became the face of the bars and boho hang-outs. Alongside peers Regina Spektor, Adam Green and Kimya Dawson, James moved in the claustrophobic anti-folk circles and played nightly from one bar to another,

“It was considered idyllic, but it was lonely. You know everyone says you feel at your most lonely when surrounded by loads of people? It’s so true…”

Sick of the terminal loneliness of the scene, James put together a band and started recording his debut album.

“Rotten Love” was a beautifully stark record of vivid melodies and vivid memories, although the underlying theme was a dark one,

“Looking back though, “Rotten Love” didn’t represent the band on the scale that it was at live. It was never big or grand enough and it got caught up in something it shouldn’t have…”

Following the release of “Rotten Love” through One Little Indian in 2005 to an underground swell of interest, James disintegrated the band and decided to rebuild,

“It’s back to evolution. There was too much pressure and expectation on what we were doing and the fun was being sucked out of it. What’s the point of being miserable? It wasn’t an ego trip, I just wanted to keep things fresh.”

Alongside his day job of filling out burial forms and sending them to cemeteries for a Jewish organisation, James filtered the floating ideas that bugged his head daily into songs, and completed the new album, “Glorious”.

Laced with warm instrumentation, ‘Glorious’ is an assured statement by an artist with the ability to pull on the tainted emotional strings and nestle himself comfortably within your own personal bubble.

Recorded with a slew of new acquaintances, it takes the template of “Rotten Love” and has made everything that much bigger. So big in fact, that there is talk of something bigger still,

“I want to sell it into Broadway. If you mess with the strings and basic chords, write it in 3-4 time and turn those majors into minors, you’ve got yourself a musical. It’s already written, and would sound immense.”

Embracing the straightforward can only lead you to the conventional. Wherever was the fun in that?