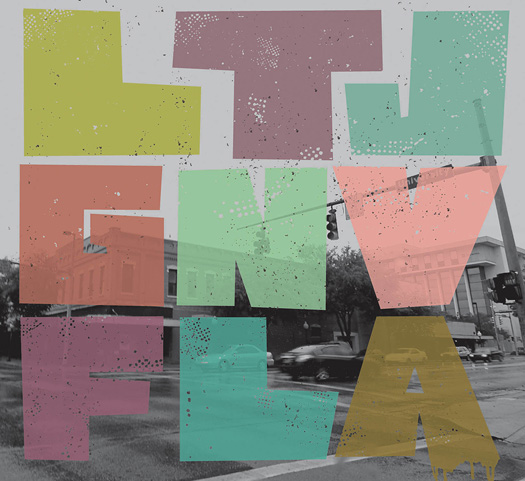 Almost as a tribute and a celebratory appreciation of their roots, ska-punk all stars Less Than Jake (LTJ) have named their album GNV FLA after their hometown of Gainesville, Florida. Set for release on Monday 23rd June 2008, this release marks the debut of their first new material on the new self-owned and controlled indie label Sleep It Off Records, which is licensed to Cooking Vinyl in the UK. Just last month, the label re-released four of the band’s early titles with expanded DVD content – Pezcore; Goodbye Blue & White; Losers, Kings and Things We Don’t Understand and the DVD The People’s History of Less Than Jake.

Embarking on a whole new journey as independent artists in control of their own destiny, LTJ have decided to revisit their roots not only in spirit (and the album title) but also in their music. A return to form that could be called the ‘traditional’ Less Than Jake sound, complete with their trademark bouncy ska grooves and horns galore, GNV FLA comes full circle with the band’s beginnings, when they were scrapping up money from gigs to augment their Pez collections. Recorded at Atlas Studios in Chicago and produced by Matt Allison (Rise Against, Alkaline Trio, The Falcom), this album is a surefire testament that, once again, proves why LTJ have one of the most durable and faithful fanbases that stretch from the top of Canada to the bottom of South America and spans both sides of the globe.

A sobering look at the realities of Gainesville in particular but with a universal eye to the everyman living in every small city in the US in these down economic times, GNV FLA is by no means a depressing record, but instead a hopeful and positive one. By pointing the microscope on folks like single mothers, drug dealers and other common city characters, LTJ celebrates their lives and pays tribute to those who are forgotten.
www.cookingvinyl.com
www.lessthanjake.com
www.myspace.com/lessthanjake