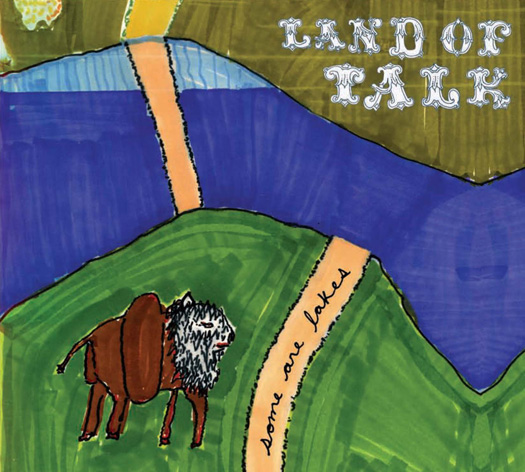 “A work of rare assurance” – The Independent

“A white knuckle ride of melodic, righteous judders – an amped up Cat Power” –The Fly

After spending much of the last two years on the road, Land Of Talk return late this year with new album ‘Some Are Lakes’. Recorded in Montreal, and produced by Justin Vernon (Bon Iver) (who also mixed and contributed guitars, harmonies and organs), the album marks a decisive step forward for the band, who currently number Elizabeth Powell (vocals, guitars) and Chris McCarron (bass, backing vocals) – Andrew Barr (The Slip) playing drums on the album.

A gratifying, fully-realised whole that stands alongside ‘Applause Cheer Boo Hiss’ in projecting the band’s talent, it sees Powell take on subjects such as her parents’ cancer-thwarted relationship through her father’s eyes in the rough-hewn fuzz of its title track (perhaps key to the album), while ‘It’s Okay’ furrows a path steeped in melancholy yet awash in trademark melodic nuance.

The sense of power and urgency that marked its predecessor is also exemplified by muscular cuts such as the opening ‘Yuppy Flu’ and future single ‘The Man Who Breaks Things’. An element of what Powell considers “soft magic” is present courtesy of Vernon, while the core unit of herself and McCarron power onwards, imbued with a sense of well-seasoned chemistry provided by the relentless touring schedule that’s informed their lives of late. Warm, bracing and evocative by nature; it’s an album no discerning music fan should be without this year.