« I WANT MY GIRLFRIEND RICH » 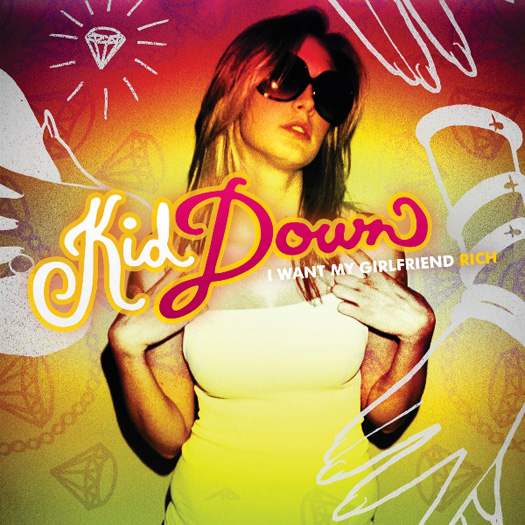 Following their infectious 2007 debut “And The Noble Art Of Irony”, Swedish pop punkers Kid Down have been banging brand new tracks into shape, resulting in full length album “I Want My Girlfriend Rich” due for release on Burning Heart Records on March 23rd 2009.

The cutting edge quartet teamed up with producer Roberto Laghi (In Flames, Hardcore Superstar) at IF Studios, working on 13 unstoppable tracks bursting with rich melody during a 6 week session in Gothenburg, Sweden.

A stellar 2008 saw them sharing stages with the likes of Panic At The Disco and All Time Low, as well as being favored by Myspace Sweden, winning the band the prestigious Myspace Rockbjornen Award.

“For the first time in our career it finally feels like we have recorded a real album, and not just a bunch of songs”, says frontman Eric Höjdén. “We have really put a lot of effort into the songwriting and we absolutely feel this album is sooo awesome.
Having built a steady following in native Sweden, Kid Down will now “do it for you”!
Kid Down is: Eric Höjdén (vocals/guitar), David Bergström (drums), Jens Anundsson (guitar/vocals), Kris Ljung (bass/vocals)