WHILE THE CITY SLEEPS 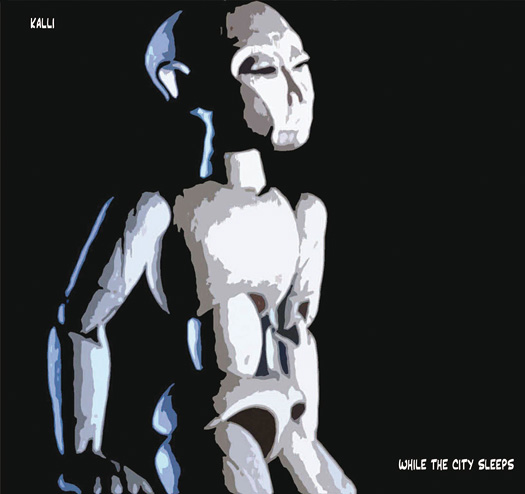 You are the rain and you are the stars….that never answer… Swirling melodies and spine-tingling vocals from Kalli’s debut album.

In 2005, the Icelandic band Without Gravity, released their critically received debut album, Tenderfoot. Fronted by the beautiful voice of lead singer Kalli, the band earned respect at the highest levels, with many tastemakers becoming passionate fans. When the band broke up, Kalli picked up his guitar and recorded ten new songs for his debut solo album, While the City Sleeps. The album continues the tradition of beauty and pain finding a nesting ground in the heart of a young man.

“I wrote the album when I had just split from the band, and was going through some changes in my personal life too, so there were a lot of negative emotions curling up inside of me” Strikingly visual, While the City Sleeps draws you into a near cinematic experience, guided by Kalli’s hypnotic vocals. The album opens with the stunning ‘Raindrops; devastating and inviting, all at once, Kalli’s style makes easy comparisons with Elliott Smith, Jeff Buckley, and Neil Young. Lyrically, the record is scattered with illusions of darkness, stormy weather, and uncertainty. “I needed to get this brick off my back….sometimes I felt like a puppet on a string with no control over where my life was going”. The album’s cover is a haunting image of a lone puppet.

This is the story of a lost soul finding solace. “When I wrote the album I was living a very unhealthy lifestyle- partying day and night, but I’m glad to say I’m in a totally different place today, my kids and making music are what make me happy”.  Ultimately the record is a forward-looking one. Tracks like ‘Morning Rain’ with warm guitar riffs and optimistic lyrics, suggest the author has found the stability he is searching for, or else, he is no longer troubled by life’s unpredictability. Kalli sings, “Let’s wait and see what we find.”

Kalli will kick-off promotion of While The City Sleeps with a set at this year’sIceland Airwaves festival in his home city of Reykjavik, and he’ll be in good company. “I think the Icelandic music scene is special because of how many great bands and artists we have, in a country of only 300,000 people!”