IT FEELS SO GOOD WHEN I STOP 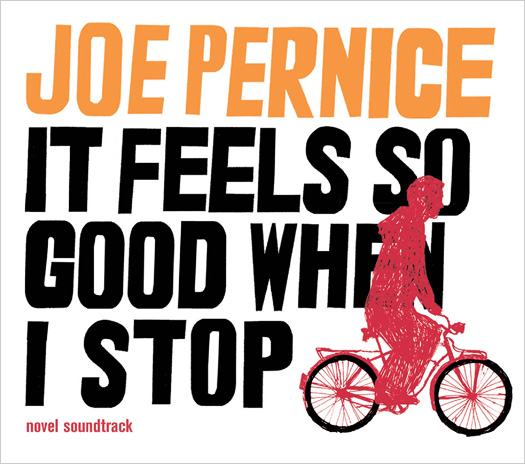 The book, ‘It Feels So Good When I Stop’, will be published August 6 by Riverhead Books, a division of Penguin

According to Pernice, “Though the book is not explicitly about music, there are quite a few cover and fictional songs mentioned, so I thought it would be a cool idea for me to record some of those songs and release them, as a soundtrack album to the novel.”

Rather than do a reading-only tour for the book and a music-only tour for the album, Pernice decided to mash the two together, and combine reading sections of the book with performing songs from the book/album. Said Pernice, “To combine all those things into a single show could be kind of interesting and entertaining for the fans. Unless I completely suck, in which case it’s going to be EXTREMELY interesting for all parties.” Pernice will perform solo.

In the vein of Nick Hornby’s High Fidelity, Pernice’s debut is a coming-of-age tale for the modern-day slacker, and an unlikely love story with a masculine perspective—but with a mordant humor and unexpected warmth that will resonate with male and female readers alike. Set to a carefully curated soundtrack of Nick Drake, The Pogues, and Peter Frampton, It Feels So Good When I Stop is the story of a deeply flawed but irrepressibly likeable hero stumbling towards adulthood, learning about heartbreak and redemption, and struggling to love and commit on his own terms.

A must for any Pernice Brothers and Scud Mountain Boys fan.

Penice is a ravenous fan of popular music, and you can hear every one of his heroes in his songs. He reels off names enthusiastically: early R.E.M., Big Country, the Cure, New Order, Elvis Costello, Burt Bacharach, Dinosaur Jr. The Beatles, of course, whose heady hooks are the blueprint for Pernice’s.