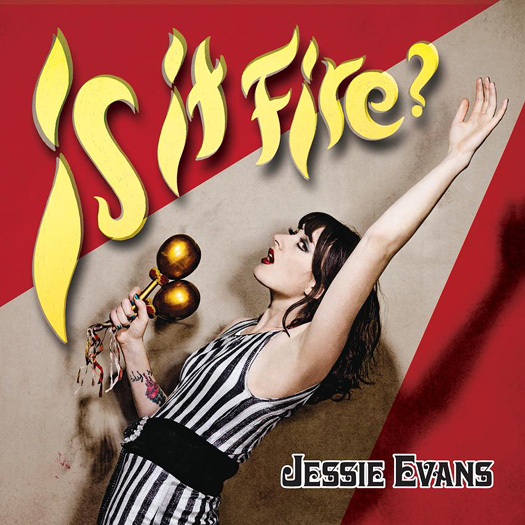 With her siren sax, hypnotic voice and truly neurotic sense of rhythm JESSIE EVANS has been shaking her s**t around since she first appeared in 2000 in the legendary San Francisco all girl group SUBTONIX.

By 2002 she had formed THE VANISHING, a trio led by her on bass, vocals and saxophone. Their dark futuristic sound was excelled by her wild shimmying stage presence and their live shows never failed her the opportunity to put the dance floor on its heels. Several US and European tours, three albums, and numerous singles later left audiences crying for more.

JESSIE formed AUTONERVOUS in 2003 as a medium to explore a more electronic sound.  In 2004 collaborations started with Portland legends GLASS CANDY, then she moved to Berlin where she teamed up with HANIN ELIAS (singer of ATARI TEENAGE RIOT), then formed a moody electro cabaret duo with BETTINA KOSTER (singer of 80’s cult group MALARIA!). The recently released AUTONERVOUS album (featuring Bettina) was recorded in the winter of 2005-06.

This past summer she traveled from the former broadcasting and communications center of the DDR in Berlin to the Pyramid of the Sun in Mexico to produce her first solo album. TOBY DAMMIT (IGGY POP, SWANS, RESIDENTS) joined her in and out of the studio, adding his exotic array of live drums and percussion. Other guest musicians on this forthcoming album include BUDGIE (SIOUXSIE AND THE BANSHEES, THE CREATURES), MARTIN WENK (CALEXICO), NAMOSH (Berlin) and the EXTRA ACTION MARCHING BAND (SAN FRANCISCO). The album is still in the works, being recorded in Berlin by THOMAS STERN (EINSTURZENDE NEUBAUTEN/CRIME AND THE CITY SOLUTION) and mixed in Tijuana by PEPE MOGT (NORTEC COLLECTIVE).

TOBY DAMMIT, now officially accompanying JESSIE EVANS live as a duo, invites JESSIE yet again into interesting territory. DAMMIT, largely known for a 9 year stint with IGGY POP, while simultaneously balancing a career with SWANS and THE RESIDENTS, has also recently relocated to Berlin. His list of collaborations boggles the mind; RUFUS WAINRIGHT, ELY GUERRA, KEREN ANN, BERTRAND BURGALAT, DEVENDRA BANHART, FRANK BLACK, STEPHAN EICHER, MARK EITZEL, JOHNNY DEPP, RYAN ADAMS, NEIL TENNANT…whew! Many a traveled mile this boy has since leaving his home mountains of Tennessee, but a trail lined with such incredible artists can only lead to the conclusion that he must know what he’s doing.

No doubt this duo’s appearance offers a rare glimpse of two of the most unusually prolific American musicians living in Berlin sharing a stage at last and obviously not to be missed.