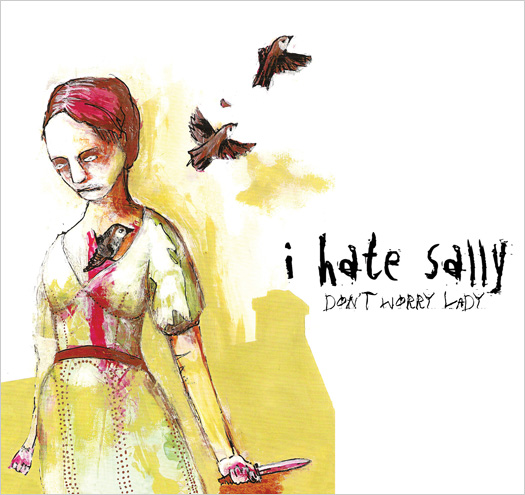 I Hate Sally have come a long way since their humble beginnings in Kingston, Ontario, Canada.  With the half-serious band name and attitude planted over 5 years ago, the band has also come a long way musically: starting as a three-piece punk band, improving into a five-piece metal band, and finally hitting it’s stride two years ago as a four-piece punk-metal-hardcore extravaganza.  With their strongest lineup ever in tact, I Hate Sally sit alongside the best in extreme music today, and their latest release « Don’t Worry Lady » attests to that.  Filled with doom-ridden guitar riffs, « Don’t Worry Lady » has been described as a « crushing, melodic sludge of visceral intensity » by Exclaim!; « filthy, raw and primal with just enough tongue-in-cheek swagger to perfectly balance things out » says Ambush the Night: « loud, really loud, I don’t know what kind of music it is, but it’s really loud, » says a drunk South American businessman that broke into their rehearsal space.

Mixed at GodCity (by Kurt Ballou of Converge) and mastered at New Alliance East (by Nick Zampiello), « Don’t Worry Lady » was recorded in 3 days at Pappa D’s.  Tonally, the album is gritty, live, and cuts like a chainsaw – not unlike an old Soundgarden or Motorhead record.  It is fitting that a guitar amp caught fire during the recording.  Dee Prescott’s lyrics are elusive and haunting, « which might typically be written by someone with a stack of decomposing and mangled bodies hiding somewhere in their basement » (306.org).  Set this against the eccentric song titles, all composed of female names from the Bible, « Don’t Worry Lady » frightens, destroys, kills your buddies favorite new hardcore disc, and sets you up for a live show ass-kicking that will probably leave someone injured.  Wear a hockey helmet.

Juliette And The Licks