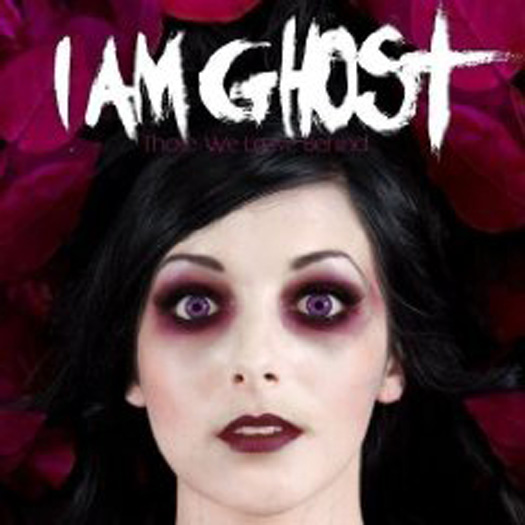 Something dark has been brewing in Long Beach, CA for the past several years. Crawling, clawing its way across the country like a vampiric creature, leaving a trail of cult-like followers in its wake. A turbulent, menacing style of music that combines elements of metal, goth-rock, melodic-hardcore and screamo from the scene’s most promising band, I Am Ghost. With the impending release of the group’s second full length album, Those We Leave Behind, the hardest working band in the scene finds themselves in a dark place, reconnecting with their passion for music through tragic tales of loss and despair.

Conceived by former animator/artist Steve Juliano, I Am Ghost was formed in the fall of 2004 in an attempt to create a style of music that not only rocked but also explored the beauty within darkness. After finding fellow musicians who shared his vision, Juliano and crew recorded an EP, We Are Always Searching, which quickly helped the band amass a strong following throughout southern California. In 2005, I Am Ghost signed to Epitaph Records, who released their debut full-length, Lovers’ Requiem, the following year. In 2007 the band went through a lineup change and refocused their direction with Juliano (vocals) leading the way and Timoteo Rosales III (guitar), Ron Ficarro (bass) and Justin McCarthy (drums) filling out the sinister backup.

I Am Ghost’s exceptional style of dark screamo and DIY work ethic is complimented by the band’s remarkable live shows. After spending the past two years touring the world with bands like Aiden, Escape The Fate and Eyes Set To Kill among others, the band’s tight sets of intensely passionate performances have won over fans from all over.

In October 2008 I Am Ghost will unveil their latest album, Those We Leave Behind – fourteen tumultuous tracks of dark rock. Combining sharp metallic riffs and soaring melodic choruses with tragic lyrics, Those We Leave Behind is a non-stop torrent of brooding passion-fueled rock with immediate accessibility. With a new lineup intact, I Am Ghost has a reenergized drive which translates to their darkest and hardest rocking music yet.

« We took everything differently this time, » says the inimitable frontman Juliano. « We didn’t set out to impress anyone this time. We’ve learned so much from touring for two years straight. We saw the world and realized how important it was to connect with yourself. You need to play music you love. We didn’t care what anyone thought of this new record. We loved it and we thought, if we loved it then I’m sure everyone else might dig it. The entire band just let loose. We didn’t hold back and this time around there weren’t people telling me what I could and could not say in my lyrics. I dwelled more into my dreams and nightmares and wrote songs that meant a lot to me and the band. »

Blending fantasy and reality through twisted tales of death and tragedy, Juliano revels in the quest to show the world the beauty in decay with songs like massive anthem « Don’t Wake Up, » the ode to the fallen « Those We Leave Behind » and the heart wrenching tale of « The Saddest Story Never Told. » Those We Leave Behind is a stake in the heart of safe, conformed music, confirming their place among the scenes most elite bands.