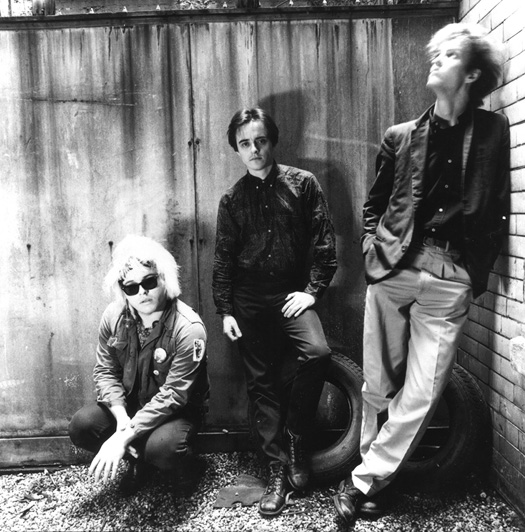 November sees the re-issue of two classic albums and one E.P. by The Gun Club. Each CD will contain a bonus disc of live material.

The Gun Club was formed by Jeffrey Lee Pierce and Kid Congo Powers in Los Angeles in 1980, and was one of the first bands to blend punk with blues, country and other American roots music. Initially called The Creeping Ritual, they went through several line-up changes before settling on The Gun Club, a name suggested by Circle Jerks singer Keith Morris. The band released 7 albums during its illustrious career, the first of which was 1981’s Fire of Love. After a tour supporting Siouxsie & The Banshees, the band decided to split up, and played their farewell shows in the winter of 1984, but reformed with a new line-up in 1987. The band released its final album, Lucky Jim in 1983.

The Gun Club has been cited as an influence by many bands and artists, including The White Stripes, who have covered For The Love of Ivy and Jack On Fire at live shows, Henry Rollins, The Pixies, The Von Blondies and Mark Lanegan, who covered Miami’s opening track Carry Home on his album I’ll Take Care of You.

MIAMI : CD1 – original album / CD2 – live show Continental Club, Buffalo, New York – 1982
Originally released in 1982, Miami was the follow-up to their critically acclaimed 1981 debut, Fire of Love. The band temporarily re-located to New York to record this album, which was produced by Chris Stein of Blondie and released on his label Animal records. Debbie Harry (aka D.H. Lawrence Jr) also does backing vocals on a number of tracks. Featuring classics such as The Fire of Love, Devil In The Woods and a cover of Creedance Clearwater Revival’s Run Through The Jungle, this second release only strengthened The Gun Club’s rise to Glory.
The bonus CD is of a live show recorded at the Continental Club, New York in 1982.

THE LAS VEGAS STORY : CD1 – original album / CD2 – live show from Le Loft, Strasbourg, France – 20th November 1984
Their third album, 1984’s The Las Vegas Story, marked a significant change for the band – it represented a shift away from the punk rock of their early days, and a step towards a more polished, alternative rock sound. Produced by Jeff Eyrich, The Las Vegas Story saw the band experiment more by covering show tunes such as Gershwin’s My Man’s Gone Now (from Porgy And Bess), and a spooky, brooding rock read of Pharoh Sanders’ and Leon Thomas’ The Creator has a Master Plan. The bonus CD is of a live show recorded on 20th November 1984 at Le Loft, Strasbourg, France.
www.cookingvinyl.com
www.myspace.com/thegunclub