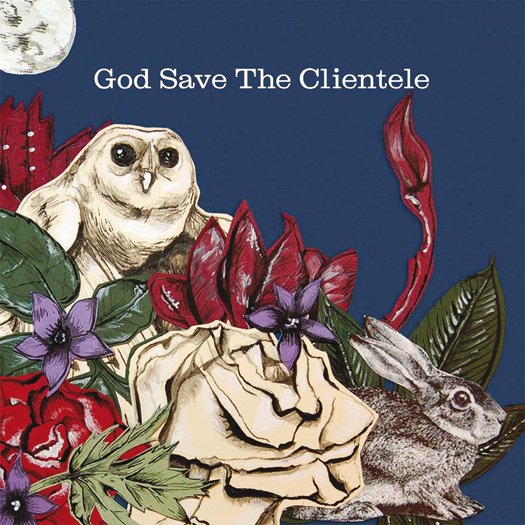 The Clientele are a four piece who formed in Hampshire in 1997, with a sound combining the melody of 60s pop-psych heroes The Monkees, Love and The West Coast Pop Art Experimental Band and the later, magical strangeness of Felt, Television and Galaxie 500. They immediately set about releasing 7-inch singles through different labels in the UK, Spain, Japan and USA, compiling these to produce the cinematic, soft-focus beauty of their debut album « Suburban Light », released in 2000. The NME was quick to say that « those who like their art-pop espresso laced with gentle Surrealism will swoon to the sounds of the Clientele ». But who cares what the NME thinks? This release saw them sign a deal with Merge Records in the USA, where they quickly gained a cult following.

The follow up, « The Violet Hour » was released two years later to rave reviews, described by Uncut Magazine as « one of the most magical pop albums of 2003 ». But the latest album « Strange Geometry » was their breakthrough in the USA and Europe, produced by Brian O’Shaughnessy (My Bloody Valentine, Primal Scream), and with string arrangements by the legendary El records artiste Louis Philippe. At this point Hollywood began to take notice, and one of the loveliest songs from the record scores the opening scenes of the recent Keanu Reeves / Sandra Bullock weepie « The Lake House »

Sold out tours of the USA and Europe followed, along with UK support slots with Lambchop and the Brian Jonestown Massacre. The new album, « God Save the Clientele » will be released in Europe through the Track & Field organisation. Recorded in Nasshville, Tennessee with producer Mark Nevers (Candi Statton, Lambchop, Bonnie Prince Billy), it promises to be their biggest and best yet.