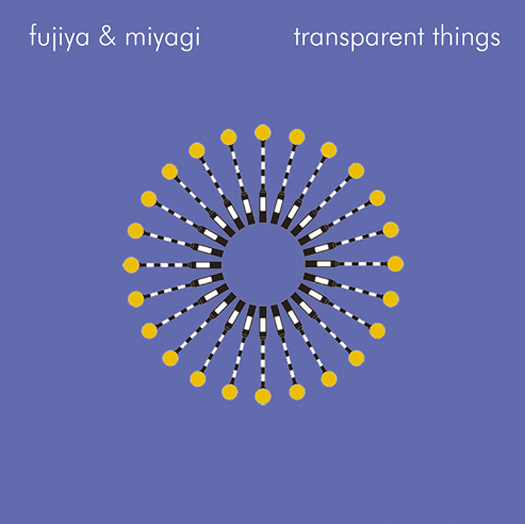 ‘Their wry humor makes this mixture of new material and tracks from vinyl-only singles (fans of which include Tiga and LCD Soundsystem) not just one of the year’s freshest dance records but also the wittiest.’

« They’re doing for 70s krautrock and motorik what the DFA did for early 80s electro. Indeed, without even being asked, they’ve gone and done the unthinkable: They’ve actually made krautrock fun.”

Cold and wet Sunday mornings warming the subs bench for a Sunday league English football club have never really been known as inspirational. Generally, they are infamous for being the one place where an amateur footballer with a stinking hangover or a low lung capacity can shy away from donning their shorts and facing the elements. However, it is on the sidelines of a low rank Brighton League team where David Best, Steve Lewis and Matt Hainsby met and whereFujiya & Miyagi was conceived.

Fujiya & Miyagi was born out of a love of football, an obsession for seventies krautrock & early-nineties electronica and a mutual worship of the legendary masked British wrestler Kendo Nagasaki (a cult character from the 80’s and who, like the boys of F&M, does not have a Japanese cell in his muscle bound body). Though the Wolverhampton wrestler cannot lay any claim to the intriguing and tongue twisting name, as David, the band’s front man, explains ‘As for Fujiya, it’s the name of a record player, and Miyagi, just like you thought, the wise martial arts master in the The Karate Kid.  It just looked really nice written down. And it was the only name we came up with.’

Recalling artists such as Neu!, Kraftwerk, Underworld and even perhaps Ian Durys’ Blockheads, the band’s immediate sound has led to the sell out success of their first three UK 10” vinyl singles (In One Ear & Out The Other/Conductor 71, Colllarbone/

Cassettesingle, Ankle Injuries /Photocopier) and has had international press and DJs alike going nuts for F&M. Erol Alkan, James Murphy, Tiga and LCD Soundsystem, to name a few, are among the celebrated artists/DJs to proclaim their love for the electronic maestros.

Transparent Things, named after Vladimir Nabokov’s novel of the same name, compiles those six tracks, available for the first time on CD, with three previous unreleased scorchers: Sucker Punch, Transparent Things and Cylinders. Track 10 is the Continental Europe exclusive Reeboks in Heaven, which is named for David’s grandfather, a professor of aerodynamics, a golfer, and as the title suggest a lover of his trainers.

In short the album is a masterpiece of smooth melodic chorus’, idiosyncratic lyrics and disco punk tracks, which will easily be a frontrunner for the cleverest and most charismatic record of 2007. Experience Fujiya & Miyagi live soon at their forthcoming European shows and festival appearances, which include theTimeWarp Festival in Mannheim and the Motel Mozaique Festival in Rotterdam.