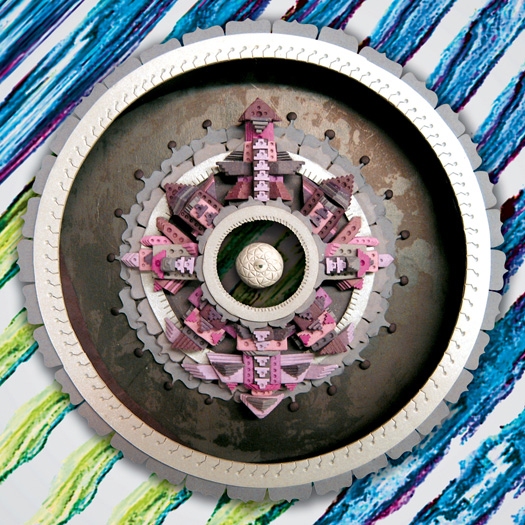 Once Upon A Time Records / Discograph

Written, produced and mixed by Robert and David, ‘The Infinite Music…’ is a debut album that warps the fabric of dance, electro, rock and funk and may just turn out to be a contender for this year’s most ambitious, multi-faceted and engaging debut album. Crucially, the album also follows an intergalactic narrative that tracks the physical and emotional journey of an unknown French Horn player. “There is a story running through the album, it’s about the Universe. We’re pretty clear on what the story is, but what you take away from it may be something entirely different,” says David.

On the back of just three EP’s to date, these two unassuming brothers, originally from Milwaukee, Wisconsin, have already toured and played with the likes ofHot Chip, Sleigh Bells, The Drums, Cut Copy and SebastiAn, remixed the likes of Two Door Cinema Club, MEN and OMD and have been tipped by everyone from Q Magazine, The Guardian, Time Out and French music bibleLes Inrockuptibles to hometown publications such as The New York Timesand NY Daily News.

After shows at Theatre Du Chatelet (for Les Inrocks) at La Fleche D’Or, Point Ephemere, Nouveau Casino and at The Louvre for Jean Charles De Castelbajac’s Fashion Week show French Horn Rebellion will return to Europe in June for further dates (to be announced shortly).

The full track listing for “The Infinite Music of French Horn Rebellion” is:

4. Geomancer’s Compass and Other Quasi-Scientific Findings

5. Running Through The Wild

6. The Cantor Meets the Alien

8. The Void and Fancy Free