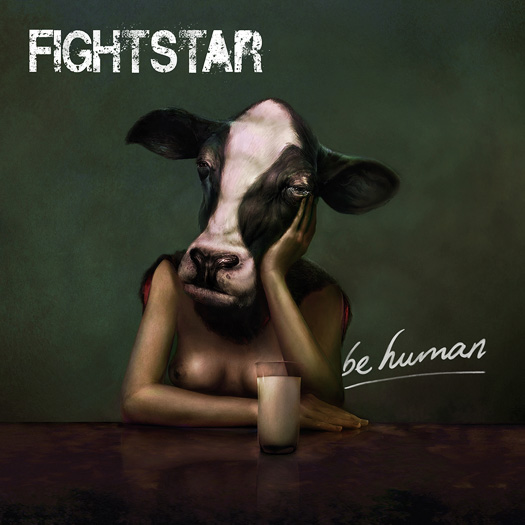 « the band are loud and gritty whilst still retaining their catchy melodies… »
Kerrang
« …convincing evidence they are due for a reappraisal…impressive melding of Biffy Clyro’s pop sense and Mastodon’s whales-on-parade sound »
NME
« Fightstar..have serious rock credentials »
Guitarist
Fightstar are bursting with ideas and on an upward trajectory »
Rock Sound
« …a band hitting their stride with a scary amount of talent »
Big Cheese
Fightstar launched themselves on the world in 2005 with an EP on their own label, entitled « They Liked You Better When You Were Dead ». At the time Kerrang magazine said that « If this is the start of something completely new, it could well be the biggest U-turn since David Bowie went drum ‘n bass, and against all odds, a more successful one too. » Since then the band have released two successful albums, headlined countless tours, plus opened the main stages at the Download and Reading festivals. Their last single « The English Way » was voted No. 1 on the MTV MySpace chart.

Now moving forward again musically, they are set to release their third album « be human » on October 12th 2009, on Search and Destroy Records.

« This is our biggest sounding record and we’ve done it with our bare hands, just blood, sweat and tears the whole way. » As dramatic as it sounds, Fightstar vocalist and guitarist, Charlie Simpson could almost be accused of underestimating the challenges the band faced during the recording.

After parting company with Gut Records, the band decided to release « be human » in partnership with their management company, Raw Power, on a brand new label – Search And Destroy. « The music industry is changing and bands have to change with it, » says guitarist and vocalist Alex Westaway, « We realised we needed to be in control. »

That new found control has extended to the recording of the new record. After working with Colin Richardson (Bullet For My Valentine) and Matt Wallace (Faith No More) on their previous two albums, the band opted to co-produced « be human » with long time friend of the band, Laruso guitarist Carl Bown. Simpson says, « We were incredibly lucky to work with two of the best producers in rock. We learned so much from them that it felt like the time to try doing it ourselves. Carl did an exceptional job. »

The bulk of recording for « be human » took place at Treehouse Studios, Bown’s studio, a small wood cabin in a field just outside Chesterfield in Derbyshire. The record was almost not completed at all when drummer Omar Abidi broke his wrist almost halfway through the process.

« It was a full break, there was no touching bone, » Abidi says, « I had to have an emergency operation a week later to put two pins in my wrist. » Rather than recruit a replacement or delay recording, the band decided, as Simpson puts it, « to keep it in the family ».

Simpson immediately began training and took to the drum stool. « Omar wrote the parts and used me as the body, » he says. Abidi affably describes the situation as like « a director guiding a really good actor » and on one memorable occasion, the pair performed in tandem. On the album’s most incendiary track, « Damocles », Abidi handled the kick and snare drums while Simpson played the rest. But while the band coped, the loss of Abidi’s powerhouse presence on drums was by no means easy. Westaway reveals how desperate things were: « We were running out of studio time. Charlie’s hands were bleeding but we had to get it done. »

Appropriately, given the band’s filmic inspirations, a large portion of the album fund was spent on a 16 piece orchestra recorded at the legendary AIR Studios in North London, with celebrated arranger Audrey Riley (Muse, Coldplay).

With the bands grand ambitions now putting a strain on the recording budget, the band had to use their initiative to realise their creative goals. On ‘War Machine’, Rugby School’s Sixth Form choir provided the heartbreaking choral harmonies – Simpson says: « We stole them halfway through their homework and set up a recording rig in the chapel. It was guerrilla album making. »
www.fightstarmusic.com
www.myspace.com/fightstarmusic