Down To Earth Approach

Down To Earth Approach 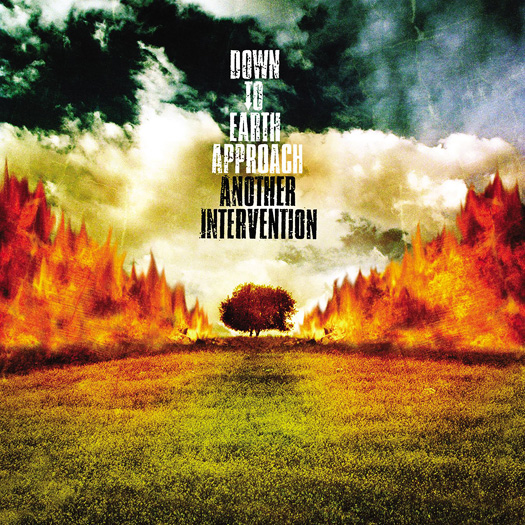 Band names usually have little or no correlation to a given band ’s music or personality, seemingly serving no higher purpose than trying to make a band sound cool. Down to Earth Approach however, are lucky enough to have a name that acts as an apt description of not only their overall musical aesthetic, but their laid-back approach to the harrowing world of rock and roll as well. The story behind how this decidedly straightforward melodic rock band got from the small town of Batavia, New York to releasing their debut full-length Another Intervention on Vagrant Records is thus rather appropriate to their chosen name.

As frontman and guitarist Jonathan Lullo—who, along with Ryan McClurg (guitar, vocals), John McCampbell (bass, vocals), and Peter Metzler (drums), make up Down to Earth Approach—recalls,  « we all are grew up together, all went to the same school in a town called Batavia, NY, so we all just knew each other from around. Back when we were in high school three of us started a band, but that kind of disappeared because I went to France after my senior year of high school and the other guys were older so they went to college. But as soon as I got back I really wanted to play. We got back together and got a new bass player and that’s how this band started. » However, the well-honed unabashedly melodic songwriting featured on Another Intervention came about only after a bit of trial and error. « The band we were in before was this really poppy punk band and we were kind of disgusted with the whole thing; we didn’t really want to be a part of it anymore, » explains Lullo. « We were listening to more of the experimental indie rock after that and we just wanted to stay as far away as we could from the poppy stuff because we were just so burned out on it. » As the band toyed with more experimental varieties of music, they began to realize that maybe they had turned their back on their true calling. « It was more experimental at first, » recalls Lullo of Down to Earth Approach’s formative period in early 2000, « but after awhile I realized that pop songs were the kind of songs we wanted to write so we went back to that. » This was inspired in no small part by the records coming out on a then-upstart LA record label by the name of Vagrant Records. « Before we were even a band we kind of worshipped all the Vagrant bands at that time,” says Lullo. « When we first started we were listening to The Get Up Kids’ Something to Write Home About, and later Saves the Day’sStay What you Are came out and we lost our minds to those CDs, we just thought they were amazing. »

It was not surprising then, that when the band decided to make the jump from east coast to west, relocating to the sunny shores of Los Angeles that Lullo would seek out Vagrant Records. However, it wasn’t in an attempt to get his band signed, it was in search of gainful employment. « We all moved out to California as a group and kind of just got shitty jobs out here, but then I started interning at Vagrant, » remembers Lullo. Surprisingly, rather than trying to push Down to Earth Approach, Lullo tried to downplay any interest his superiors showed in his increasingly buzz worthy band. « The general manager and some people at Vagrant had been checking us out and talking about signing us, which was weird because I didn’t want to bring it up, I just wanted to work there. » Lullo eventually would get hired on, doing tour marketing for the label. But despite his desire to keep work and pleasure separate, Lullo’s new employers couldn’t help but like what they saw. « There were a few other labels that wanted to sign us and we didn’t really know what to do, but it just kind of ended up with Vagrant saying  ‘don’t bother, we want to sign you.’ It was kind of a weird process, definitely not the standard way of getting picked up. »

Luckily for Down to Earth Approach, any charges of nepotism are immediately dispelled by listening to Another Intervention. The album—produced by noted engineer and producer Dave Schiffman (Red Hot Chili Peppers, Rage Against the Machine, System of a Down)—presents Lullo’s distinct vocal presence and the band’s well-honed melodic crunch in crystal clarity. Lullo credits Schiffman with helping take the band to the next level both sonically and musically. « He did the Mars Volta record, the last Juliana Theory record, and right now he’s working on the new Jimmy Eat World record. Basically I loved the way all of his records sounded. So when we met with him I was just trying to see if he would be as good of a producer as he is an engineer; I wanted to make sure he had an ear for what we were doing because we really wanted someone to like work on the songs. We wanted outside opinion.” The partnership would certainly prove to be fruitful. From the opening anthem “Exhibit of the Year,” to the mid-tempo rocker “Face First,” to the album’s austere closer “Living Rooms,” Down to Earth Approach successfully find the musical middle ground between the textured rock of bands like The Get Up Kids and Jimmy Eat World, and the all-out melodicism of pop punk. Lullo sums of the band’s distinctly down to earth approach to songwriting succinctly. “We don’t want to reinvent the wheel; right now we just want to write some really good pop songs. We don’t want to change the music scene, we just want to have our own place in it.”