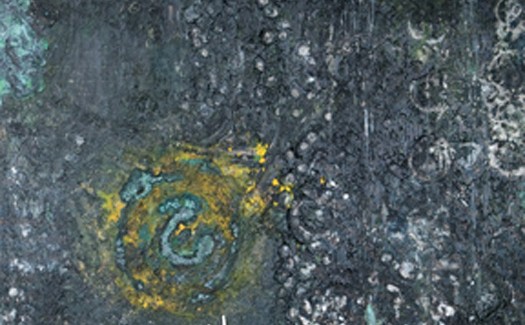 Best-selling Australian singer-songwriter Xavier Rudd is set to release his seventh album, Dark Shades of Blue, on August 18th. Before the album comes out, he’s to embark on his European tour, starting June 20th in Germany.

Dark Shades of Blue is dusky and cool, more sober than any work Xav has ever done, though don’t mistake it for temperate. Guitar-driven jams expand on a sound only hinted at on previous releases, and distortion often supplants the pretty jangly guitars heard on earlier work. Mixed by Joe Barresi (Tool, Queens of the Stone Age), Dark Shades of Blue shows Xav at his most assertive, heavy and psychedelic, and while Xav’s signature didgeridoo remains, along with the myriad of instruments and voices featured on other records, the results are less ‘world music’ than they are the makings of a truly global record.

The past few years have been a whirlwind for Xavier. In between sold out tours in Europe, Australia and the US, both headlining and supporting the likes of the Dave Matthews Band, Jack Johnson and Ben Harper, he has been working on the film score for fellow-surfer and Rudd-enthusiast Matthew McConaughey’s Surfer Dude, a film starring McConaughey, Woody Harrelson and Willie Nelson.

Known not just for his wholly original approach to making music and must-be-seen-to-be-believed live shows – where he often performs as a one-man band – Xav is also recognized as a great Australian activist, advocating for indigenous rights and environmental responsibility. Both his social conscious and sense of hopeful exultation co-exist on Dark Shades… »I was given two eyes and I see, » he writes on « This World as We Know It. »

From the opening notes of « Black Water » to the title track to the rocking « Up In Flames, » it is clear that Dark Shades of Blue is something different and thrilling from an artist who has always carved his own way