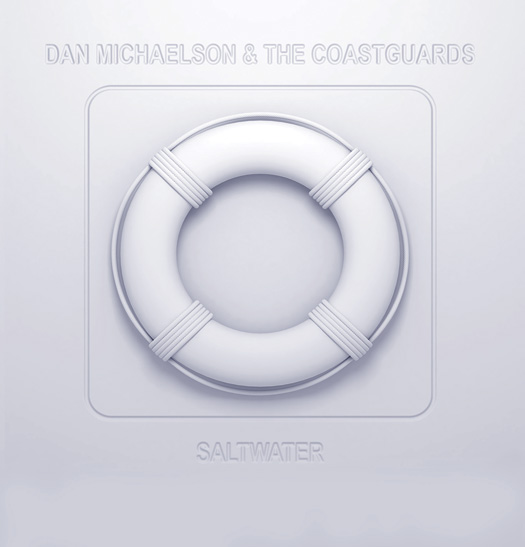 « a set of frighteningly good songs” **** The Stool Pigeon

Dan Michaelson & The Coastguards is the new project from the voice ofAbsentee. Bringing together an unplanned but stellar line up, perhaps a more fitting title would be Dan Michaelson and Friends, but that’d be far too simple.

Recorded over two sessions at The Premises (solar powered) studios in Hackney with Dan at the helm, a bunch of friends took some rare, usually impossible, time out from their hectic schedules to lay down or rather, ‘look after’ the record. Those present; Henry Spenner (Fields), Laurie Earle (Absentee) Arnulf Lindner (Ed Harcourt), Romeo Stodart (Magic Numbers), Tom Gorbut and Henry Clarke (Rumblestrips), and Steven Adams (Broken Family Band).

Throw in Icelandic producer Valgeir Sigurdsson (Bjork/Bonnie Prince Billy/ Nico Murly), and further production duties of Nick Terry (Bernard Butler/Duke Special/Libertines) and Dan Michaelson himself, you would say its an album in very safe hands indeed. In fact, as Dan explains, possibly recalling those days when The Million Dollar Quartet got together…

“If you listen, they’re all just talking in the background… as well as making a record they’re all friends hanging out, eating, drinking and inspiring each other – that’s what happened here. The Coastguards are all great friends that happen to be some of the players I respect the most, so why wouldn’t we make a record together?”

Originally conceived as an attempt to re-address the bare bones of Dan’s songwriting, avoiding the wryly humorous choruses and guitar solos that dominate his records with Absentee, he began working on the ‘Saltwater’ sessions alone.

“The Coastguards allows me to think outside of Absentee, I can tell instantly whether a song would gain from the dynamics of Absentee or the “breathing space” and stillness that is a more Coastguards sound. Absentee takes a song and runs with it, Coastguards pitches the song up just enough to be heard.”

The resulting album is a grand departure from Dan’s previous recordings. With the original demos recorded on a cheap, suitably heartbroken, dusty, little out of tune piano, this time it’s a more mellow, beautiful affair embracing the grace of Cat Power and that similar tenderness-brutality mix that Leonard Cohen does so well. It offers a newfound intimacy and confidence in uncomfortable silences. And not surprisingly, it’s another record about being in love – the real honest, nuts and bolts of it.

“The album is dedicated to trying to describe dealing with your own and unavoidably other peoples emotions, and how they change. There’s the line “its not like it used to be… when my toes are searching for your feet in bed”. It describes as best I can how unfamiliar loneliness can be, and the little things that make you realise you miss, need or don’t need another person.”

A record then where Michaelson, in the company of friends lets his guard down, lets the mask slip and produces music of rare honesty and intimacy.