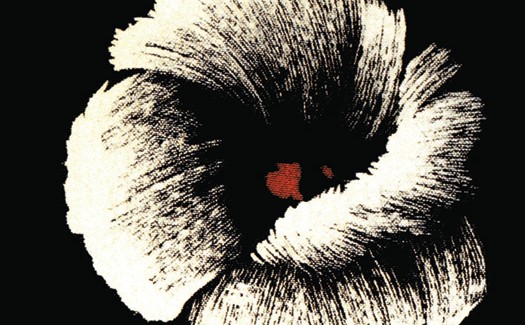 “With their debut album Alight of Night, these brooding New York rockers separate themselves from the pack!” – Spin

« These are weird pop songs you clap your hands along to. They pile a rockabilly riff and
nursery school melodies onto a revved-up bass line and sweet surfy 60s organ riff on top of
minimalist percussion. » – Pitchfork

“One of the year’s best albums! – Brooklyn Vegan

Fresh from their storming sets at CMJ, Brooklyn’s spectral garage-pop quintet, Crystal Stilts, are poised to release their debut album Alight of Night on February 16th in the UK through Angular Recordings, the forward-thinking New Cross indie that brought you Klaxons, The Long Blondes, These New Puritans and many more.

Whilst the airwaves have been filled with the onslaught of Brooklyn’s psychedelic scene for the past year or so, Crystal Stilts embody a wholly different and darker sphere. Formed in 2003 by lead vocalist Brad Hargett and guitarist JB Townsend, the duo released their debut single “Shattered Shine” with Sean Mafucci (producer of Gang Gang Dance and Psychic Ills). They later released a 4-track EP, adopted keyboardist Kyle Forrester, bassist Andy Adler and ex Vivian Girls’ drummer Frankie Rose. As well as finalizing their line up, the band focused on building the live element. They played a string of dates with The Vaselines as well as one of their main influences, seminal New Zealand first-wave punk band The Clean. All of this hard work would eventually help produce their finely crafted and eagerly anticipated 11-track debut album, Alight of Night.

Musically, their sound has been likened to a variety of different sources. More often than not, New Zealand’s Flying Nun label (The Chillis, The Bats) is cited as a big influence especially as the band received the blessing of The Clean’s Hamish Kilgour at their very first show. Their aesthetic references also include the artrock of The Velvet Underground, the gothic howl of psychobilly pioneers The Gun Club and of course the garage pop sensibilities of Jesus and The Mary Chain. The list could go on, but Crystal Stilts are much more than a list of musical influences. From the glimmer and shine of “Prismatic Room”, to the reverb and echo of “Crystal Stilts” and the jangley strum of “Shattered Shine”, subtle flourishes accompany each and every track, which all goes towards crafting the atmospheric and moody body of work that is Alight of Night.