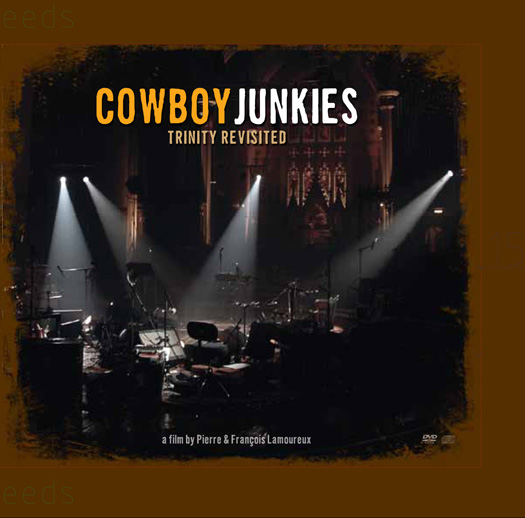 Cowboy Junkies have confirmed that Thea Gilmore will join previously announced guest Ryan Adams in a performance with the band as they revisit their legendary album, The Trinity Session, at the Royal Albert Hall on Wednesday 10th October. Lauded by critics as the finest UK singer/songwriter of her generation, Gilmore will contribute vocals to the group effort to re-examine the historic repertoire.

The show is part of the Don’t Look Back Festival which invites artists to perform lauded albums in their entirety. Tickets for the show, which are on-sale now, cost between £18.00 and £25.00, and are available (subject to a booking fee) from www.seetickets.com and www.wegotickets.com

To coincide with the show, Cowboy Junkies will be releasing a special DVD/CD package entitled Trinity Revisited, With contributions from Adams, Vic Chesnutt and Natalie Merchant, the band revisits the album’s classic repertoire. The Trinity CD will be packaged in a casebound booklet, which will include 12 colour pages of photos and liner notes. The DVD also includes a documentary entitled The Trinity Session Revisited, a film by Pierre and Francois Lamoureax, in honour of its 20th anniversary.

The band’s Michael Timmins explains the genesis of the DVD: “To celebrate the 20th anniversary of The Trinity Session we decided to head back to Toronto’s Trinity Church with the idea of revisiting the album with the benefit of twenty years of experience under our belts. We enlisted a few musicians for whom The Trinity Session had some personal and professional resonance and whose individual work resonates with us. The idea was to cobble together a loose band sound with just a few hours of rehearsal and a one day recording schedule, resulting in the eight of us bouncing ideas off of each other and inspiring one another spontaneously … much the same way that we created the original recording. We came, we played, and the church, once again, did the rest.”

The Cowboy Junkies will also be doing three regional shows in October. billed as “An Evening with Cowboy Junkies featuring a complete performance of The Trinity Session. Full dates as follows :

Earlier this year, Cowboy Junkies released At The End of Paths Taken, which critics praised as “One of the stand-out albums of their career (Daily Mirror) and “Elegantly arranged and rendered with passion” (Q). The Sunday Times said, “Three and a half minutes into the opening track, “Brand New World”, the song stops, restarts, then we’re into that special Cowboy Junkies world where simple melodies slowly intertwine and magic happens.”