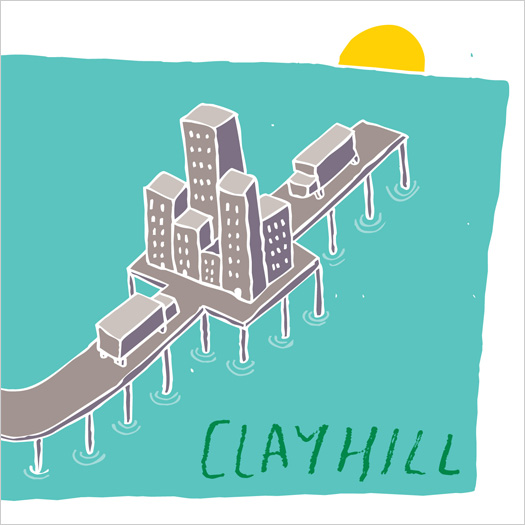 In the wake of the critical success of their debut album, ‘Small Circle’, Clayhill are releasing an 8 track self-titled acoustic album on 15th August on Eat Sleep Records.

In Clayhill’s own words: “…some of the tours for ‘Small Circle’ were played as a 3-piece, Clayhill in their core form, on returning we couldn’t resist the temptation to record these and some new tunes as a one take live session with our front of house man Johnny Mac at the helm”.

If you’ve yet to be exposed to Clayhill’s sound, there’s something of Talk Talk and Penguin Café Orchestra in there, not to mention small but satisfying splashes of Nick Drake and Tim Hardin.

Their debut album ‘Small Circle’ was considered by the Sunday Times as ‘One of those records you’ll still be playing in twenty years’ – sitting comfortably alongside Neil Young, Joni Mitchell and Van Morrison in your record collection, while retaining a contemporary edge.

“…wonderful. ‘Small Circle’ is one of those records that you’ll still be playing 20 years from now.”

NME on ‘Moon I Hide’ as Single of the Week

“…it’s a beautiful, gorgeously rustic recording, a fragile unison of The Beta Band’s folk rock quirk and the cocky swagger of The Stone Roses…but slow…real slow…blessed out sonic snugness.”

“…a great soundtrack, courtesy of Clayhill…”

TIME OUT on the Shane Meadows film ‘Northern Soul’

“…experimental yet still full of harmony, this is one of the summer’s best discoveries…”