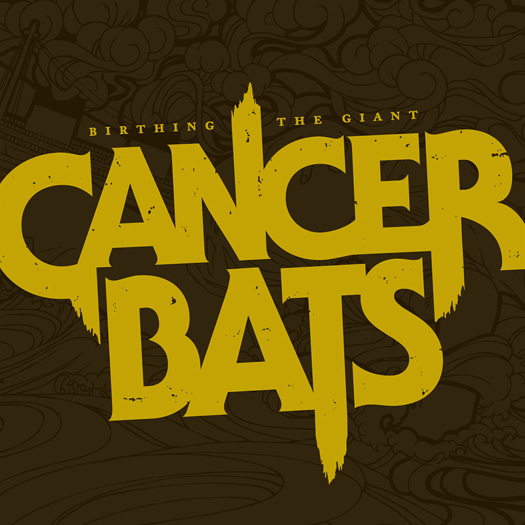 The Cancer Bats have come to destroy. Fueled by a burning desire to rage harder, play louder and have more fun than any other band, Cancer Bats mix hardcore, southern metal and punk rock into a lethal rock and roll explosion.

The band originated in May of 2004 with singer Liam Cormier and guitarist Scott Middleton, former member of Toronto metal band At The Mercy Of Inspiration. The two wanted to form a project that combined their favorite parts of bands like Refused, Black Flag, Led Zeppelin and Down, among others. The line-up was rounded out with the addition of Andrew McCracken on bass and Mike Peters on drums.
The four-piece wasted no time writing and recording songs for a self-released demo that saw light in January of 2005. Spending the past year touring extensively all over North America, the Cancer Bats whose explosive live shows inspire floor punching, wind mills and arm spinning (please refer to the art of hardcore dancing) has begun to establish its own devoted legion of fans!

The Cancer Bats have garnered the attention of press around the globe. From being referred to as one of the hottest bands of 2006 in Big Cheese (UK), to receiving honorable features in Metal Hammer (UK), Chart Magazine (Toronto), Exclaim (Toronto), MuchMusic’s “It List,” MTV Canada, and Inside Jam, the bats are no longer just a local phenomenon. With the recent release of the debut video for the single “One Hundred Grand Canyon” the band has found itself watching its own video several times a day on MuchMusic after receiving Medium Rotation and Heavy Rotation on MuchLoud.

With the hellacious buzz about the Bats fuelling around the planet, the band have unleashed its highly anticipated debut album entitled “Birthing the Giant”. Produced by award winning Canadian producer Gavin Brown (Three Days Grace, Billy Talent) and are set to burn down a city near you soon.