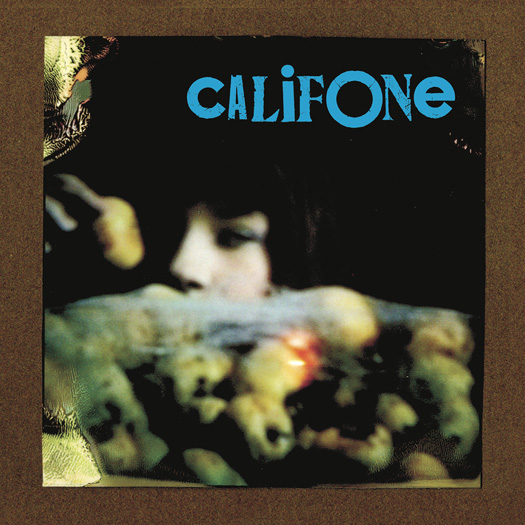 Roots and Crowns. “Uniting where you come from – your roots — with what you strive to be or what you reinvent yourself to become — crowns,” explains Califone’s Tim Rutili. “At the bottom of these songs are the memories and images you sift through in the process.”

Califone’s earliest roots lie in the band Red Red Meat, from whence came Califone’s founding members Tim Rutili and Ben Massarella and its longtime producer Brian Deck. The band’s first release was a self-titled EP on Flydaddy in 1998, followed later by the full-length debut, Roomsound, in 2001 (recently re-issued on Thrill Jockey) and eventually the band’s Thrill Jockey debut,Quicksand/Cradlesnakes in 2003. After touring for the release of Roomsound, Califone had little time off to take in the impact of the music they were creating. In three years, they recorded four albums (two instrumental, two song-based including Heron King Blues) and toured heavily in between with Wilco, Modest Mouse, Sea and Cake and others. They performed at All Tomorrow’s Parties curated by Sonic Youth and Rutili contributed to Isaac Brock’s Ugly Casanova project and Michael Krassner’s Boxhead Ensemble with Fred Lonberg-Holm and members of Smog and Dirty Three.

“Before we started to work on the new the record, I was listening to ‘Orchids’ by Psychic TV on repeat,” says Rutili. “This song made me want to start writing songs again.” Califone offers a sparse and beautiful cover of “Orchids” on Roots & Crowns. The line from the song, ‘In the morning after the night/ I fall in love with the light,’ became a theme for the new album. Imagery of rebirth comes up often on Roots & Crowns. On “3 Legged Animals,” Rutili sings, “3 legged animals shut their sweet eyes/ lick your scars and grow wings,” and later, “leave your memories, we’re almost new.” He explains, “that song started out as a song called ‘Dreamless’ for the end credits of The Lost. The last scene in the film is a total bloodbath; after that it seemed like the film could use a little sweetness, a bit of salvation for these dark, misfit characters after a period of intense violence. We re-recorded it with Califone and took a more detailed approach, both lyrically and instrumentally. Where the first version felt more about balancing the mood of the film, the one from the album feels more about hope and joy, rebirth, survival and self-acceptance.”

Califone started recording Roots & Crowns in October 2005 and worked on it in chunks at 4Deuces Studio in Chicago with Brian Deck, in Long Beach and Phoenix with Michael Krassner, and at home in Los Angeles and Chicago until May 2006. “Some of these songs started as hummed melodies into my cell phone recorder while I was driving. Others were triggered by overheard conversations, loops brought in from home, field recordings or sounds we made in the studio before the tape was rolling,” says Rutili. For instance ‘Spider’s House’ is built on the sound of a piano with duct tape and paper clips all over its wires. “We took our time to shape and manipulate a more experimental collage of sounds into solid melodies and more concise song structures.”

The time away and each member’s individual work naturally brought new elements into the sound of Califone’s music. Both Rutili’s and Becker’s soundtrack work are more atmospheric, however the challenge of enhancing a scene of film without cluttering it or overwhelming it informed their approach to the new recording. The burglary of Califone’s equipment during the band’s last tour, including guitars, banjo, a 1917 violin, bells and more, altered the sound. The band had to find new gear on a tight budget. The instruments are new partners, new sounds that forced them to stretch in new directions.

Limitations, obstructions and darkness, and the new possibilities they illuminate; roots and crowns. “In that way”, says Rutili, “this album is a conscious and resolved thing. It fully realizes ideas we touched on in the past and where we come from as a band, and takes us into our next phase of life.”