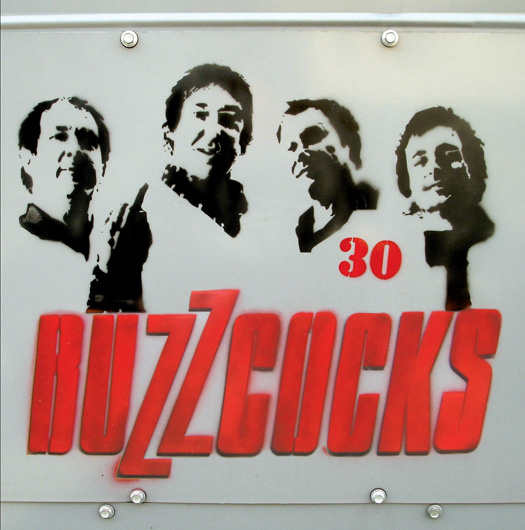 Buzzcocks have announced that they will be releasing a new live album, entitled “Buzzcocks:30” on Monday 26th November, via mail order and digital download. The album was recorded live at the Forum, London during their 30th anniversary tour in 2006.

Inspired by the Sex Pistols and fronted by Pete Shelley, Buzzcocks were pivotal in the pop-punk scene of the 70’s. Their self financed seminal EP Spiral Scratch was an instant success, followed by their debut album ‘Another Music In A Different Kitchen’. Setting the benchmark for punk music that followed, the Buzzcock’s received critical and public acclaim spending three months in the chart a string of hit singles.

The widely covered ‘Ever Fallen in Love (with someone you shouldn’t have)?’ remains one of their best known songs, and enjoyed a resurrection in 2005 when Pete Shelley re-recorded this with an all-star group, including Roger Daltrey, David Gilmour, Peter Hook, Elton John and Robert Plant amongst others as a tribute to the late Sir John Peel.

Buzzcocks have had an incredible career making 11 albums over three decades and touring with Nirvana on one of their last ever tours in 1994, and Pearl Jam in 2003.