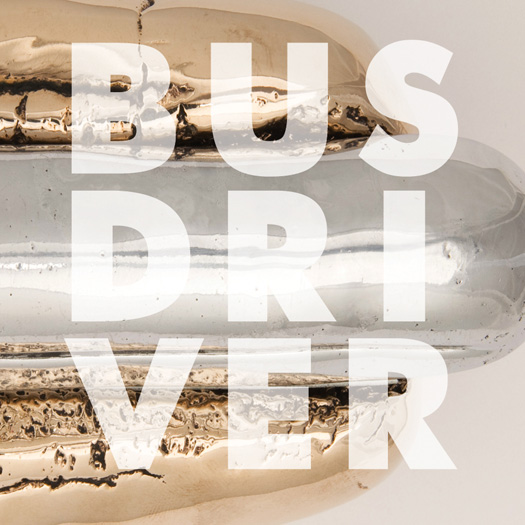 Busdriver has returned to jolt rap back into shape with the virtuoso, gatling gun vocal stylings and poignant (and at at times dadaist) lyricism of his new record, ‘Jhelli Beam’. Appearing to only abide by the approaches cemented by his 15 some odd years spent in the underbelly of rap, Jhelli Beam not only effortlessly trumps all previous mind-bending performances of his earlier works, but gives them new context; highlighting their dexterity with nuggets of election year paranoia and absurdist humor.

Still as one listens to what has become this latest grouping of ‘songage’ from the man in question, you can’t help but taste the scrawny, sweat-slick thigh of rap’s forsaken alt. universe as it trudges upwind. Is it fueled by some adherence to a host of high-minded ideals(anti-consumerism, battle rap machismo, greener-than-thou-isms, armchair liberal musings or groin-derived intellectualism)? Or something more immediate: a medium that minces ideas to a primal end. For as much as non-traditional rap is deemed plainly reactionary, there must still be a bubbling mire from which a genuine ‘other’ can be forged.

Or maybe that ‘other’ is another subheading for what is. Fortunately, Jhelli Beam is more a guileless, visceral dirge from a dying scene than a self-aware stab at a paradigm shift. Busdriver spent a chunk of time unlearning lofty careerist goal-orientation and re-discovering basic motivations for song writing. The result? Songs like « Me-Time(with the Pulmonary Palimpsest) », which borrows internalized approaches used on « Imaginary Places »(from 2002’s Temporary Forever)while heightening the stakes by elaborating on structure, content and the actual physical demand of the performance. « Least Favorite Rapper » harkens back to timeless Project Blowed assertiveness, all awhile poking fun at his and guest emcee, Nocando’s, comically understated standing in any version of whatever rap universe.

But like all of Busdriver’s previous output, his relationship with whatever production that is choosen is tantamount with the records sway over listeners. And to insure this, he has re-visited his prolific working relationships with Victorian-dandy/electronic pastiche mastermind Daedelus, as well as psyche-rock beat smith, Nobody. From such high-minded collisions you get the sprawling, glockenspiel flurry of « Handfuls of Sky » as well as the eery synth-infused Pakistani folk song of « Manchuria »(featuring an engaging exchange with the one and only Mikah-9), both courtesy of Nobody. And as a counter balance, Daedelus’ arrangements toy with the senses. An example would be the structural free-for-all of « Scoliosis Jones », which speeds up then slows down right before the first word of each chorus.

But is this the record that solidifies Busdriver’s commitment to the pockets of precocious listeners lurking in peripheries of the blogosphere, mining for substenence? Yes. Does it lay claim to a host of styles and an inexhaustible knack for all that unnecessarily difficult? Yes! Does a physical copy of this record actually have a place within your home? hmmmm….